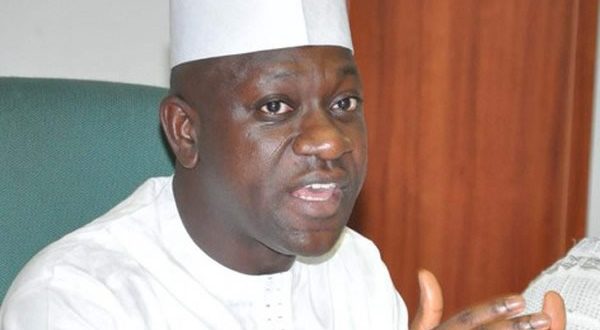 Govs Close To Dogara Blocking Me From Meeting Buhari –Jibrin

August 8, 2016 Comments Off on Govs Close To Dogara Blocking Me From Meeting Buhari –Jibrin 12 Views 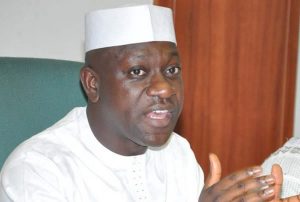 A former Chairman, House Committee on Appropriation, Mr. Abdulmumin Jibrin, on Sunday said two state governors and three former members of the House of Representatives were blocking him from meeting President Muhammadu Buhari.

He added that the action was part of a perfected plot to provide a soft landing for Dogara.
Jibrin did not name the governors or the former Reps.
He released the statement just as the Transparency Group in the House told The PUNCH that members would meet on Monday (today) to review its strategies.

“We are meeting tomorrow (today); we will discuss and decide on our next line of action.
“We may want to petition Mr. President,” a member of the group, Mr. Baballe Bashir, said.
According to Jibrin, the governors had blocked him from having access to Buhari to tell the President his version of the crisis as Dogara did last week.

Jibrin said, “After three days of careful observation and receiving information from Nigerians, I discovered a grand plan by two governors and three former House members to provide a soft landing for Dogara and 12 others, give them time to clean up the mess on their desk, destroy whatever evidence in their possession and reach, spread money across members to buy signature of vote of confidence.”
Jibrin said he was shocked that Dogara, who initially denied that the budget was padded, later turned around to say “padding is not an offence.”

He added, “Let me make further revelations here. In addition to the allegations I already made, the anti-corruption agencies should ask Speaker Dogara why he collects N25m every month. They should also ask him to provide a proof of how he is funding his farm in Nasarawa State, which was just a few hectares six months ago and now miraculously expands to about 100 hectares with new buildings and state-of-the-art equipment worth millions of naira, as well as the mansion he has suddenly built in Wuse II within six months.”
Jibrin sought the intervention of former Heads of State and the diplomatic community to compel Dogara to reconvene the House immediately.

He said, “I am left with no choice but to plead with all our former Heads of State; Gen. Yakubu Gowon; Gen. Olusegun Obasanjo; Alhaji Shehu Shagari; Chief Ernest Shonekan; Gen. Abdulsalam Abubakar; and Dr Goodluck Jonathan, and the diplomatic community, particularly Ambassador of the United States of America, High Commissioner of the United Kingdom, and all well-meaning Nigerians to call on Speaker Dogara and three others to reconvene the House immediately, step down and allow a thorough external investigation.”
Three members of the Transparency Group in the House said to be working with Jibrin, also insisted on Dogara’s resignation, saying they were convinced that the speaker padded the N6.06tn budget.

The three members –Bashir, Agunsoye Oluwarotim – Ojo and Abubakar Chika-Adamu – in a joint statement in Abuja, said, “While the entire zonal intervention for the three senatorial districts of Bauchi State and 12 federal constituencies in the state amounts to N1,666,666,666, the Speaker criminally inserted about 200 per cent of the amount, totalling N3,079,000,000 into his constituency alone.
“The Speaker diverted 50 per cent of the total capital projects allocated to Bauchi State, to the tune of N4,781,003,431 out of N9,231,289,842 allocated to the state, to his constituency.’’

However, some members of the House of Representatives moved on Sunday to build up support for the Speaker, Mr. Yakubu Dogara.
Investigations showed that at least four zonal and caucus leaders – Mr. Alhassan Ado-Doguwa, Mr. Leo Ogor, Mr. Mohammed Mongunu and Mr. Chike Okafor – had communicated with members to line up behind the Speaker.
A senior legislative official said, “There were meetings, where some members gave their word to support the Speaker.
“The 2016 budget in its entirety had issues. There were problems that were in the budget right from the day the executive brought it to the National Assembly.

“There were issues introduced into the budget by the National Assembly as well. But it is now a law that came through a legislative process and assented to by Mr. President. The problem with Jibrin’s campaign is that members do not see him to be upright enough to move against the leadership of the House.
“The former appropriation chairman has his own baggage, which most members previously complained about. Allowing Jibrin to have his way is to allow a man with a lot of baggage to dictate decisions at the National Assembly.
“What is at stake is no longer Dogara; it is the image of the House. It has been terribly bashed by Jibrin.”

Another official added, “With the information at our disposal, up to 80 per cent (288) of members are with the Speaker.”
Findings indicated that the lawmakers did not see the need for the Economic and Financial Crimes Commission, the Independent Corrupt Practices and other related offences Commission and the police in a matter considered to be “a parliamentary procedure.”

The PUNCH learnt that some lawmakers had vowed to petition President Muhammadu Buhari to demand that the implementation of all zonal intervention projects in the budget be suspended.
“These members, while not calling for the resignation of Dogara, are of the view that the projects should be suspended due to the imbalance in their distribution.
“They want this budget year to roll by so that in 2017, we can have a clean start,” another source said.

When his comments were sought, the Chairman, House Committee on Media and Public Affairs, Mr. Abdulrazak Namdas, told The PUNCH that whether members would support Dogara or not would be decided when the House reconvened.

“Let us wait till September 13. Members will be in plenary and this issue will be raised. We will see how it will be decided,” he said.
Meanwhile, the National Association of Nigerian Students declared support for Dogara.