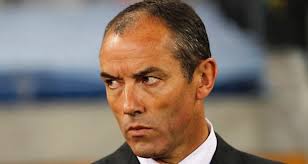 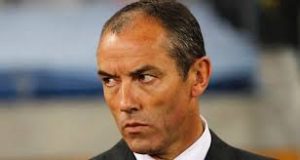 Paul Le Guen, who was appointed as the new Super Eagles coach on Monday has refused to sign the contract for his appointment to take off.

Source within Nigeria Football Federation (NFF) said Guen refused to sign because of some clauses in the contract like qualifying Nigeria for the 2018 Russia FIFA World Cup and him relocating to Nigeria.

However, in a swift reaction to Le Guen rejection of the offer , the executive committee of NFF denied not “appointing” Paul Le Gue as technical adviser of the Super Eagles of Nigeria but instead it “recommended” the Frenchman to the board of the federation but saying he does not want to live in Nigeria.

Share
Previous I Will Not Apologize To Remi Tinubu- Dino Melaye
Next Remi Tinubu Reports Melaye To Saraki, Oyegun