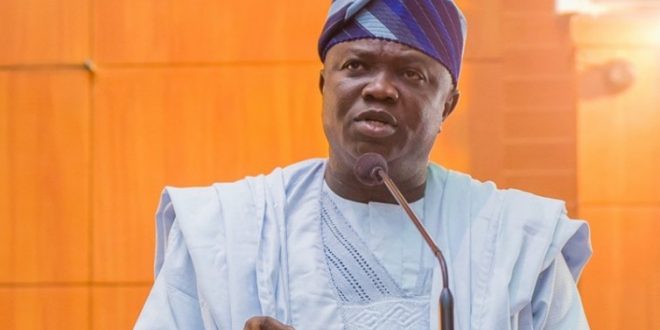 July 19, 2016 Comments Off on Kidnapping: I Will Rescue Iba Monarch- Ambode 16 Views 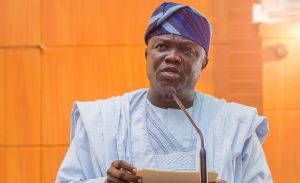 Lagos governor, Mr. Akinwunm Ambode has promised to rescue the Lagos monarch, Oba Yushau Goriola of Ibaland that was kidnapped on Saturday by unidentified gunmen.
Speaking at an emergency security council meeting on Monday, Mr. Ambode said efforts are being put in place to make kidnapping a thing of the past in Lagos.

Briefing journalists at the end of the meeting, Lagos State Commissioner of Police, Mr. Fatai Owoseni said government and all security agencies in the State are bordered about the emerging crime of kidnapping, and that efforts are on to rescue all those kidnapped recently in the State including the Oniba of Ibaland, Oba Yushau Goriola Oseni.

“What we want to assure the people is that we are putting efforts together to ensure that not just the monarch is rescued but also other victims of kidnapping are rescued and we bring those criminals to justice,” Owoseni said.

Speaking on the spate of kidnapping in the State, Owoseni said:
“All of us are bordered. As the people are bordered, government is bordered and law enforcement institutions in the State are bordered. We are looking at the issue of kidnapping and the only thing we can tell the good people in Lagos is that government is doing everything possible and is deploying all arsenals of the State towards ensuring that we put a stop to all these and at the same time seize this opportunity to tell the fellows engaging in these activities to channel their energy to lawful conduct because there is no excuse to say that because they cannot vandalize the pipelines again, that is why they are resorting to all these soft targets kidnapping.