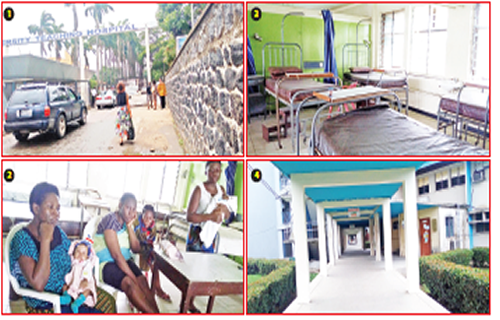 July 18, 2016 Comments Off on Strike: LUTH Discharges All Patients 58 Views 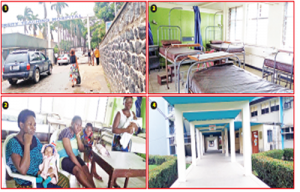 Patients admitted at the Lagos University Teaching Hospital (LUTH), Idiaraba, in Lagos State, have been discharged as a result of the strike embarked upon by nurses in that institution since June 10. As the nurses down tools, there was nobody to care for the patients, majority of which discharged themselves to avoid deteriorating health conditions.

When New Telegraph visited some wards in LUTH yesterday, most of the beds were empty, except for a few patients, who could not go home as a result of their inability to pay their medical bills. According to the Vice Chairman of the Nigerian Association of Nigerian Nurses and Midwives (NANNM), LUTH branch, Olutola Stephen, the strike, which led to patients deserting the tertiary hospital, began since June 10.

“Up till now, we have not resumed normal services because of management’s insensitivity to what we are agitating for,” Stephen said. With the industrial action lingering for over one month without the management addressing the problems, many of the patients in the wards chose to leave the hospital, so as to continue their treatment in other facilities.

Although, Stephen said the management of LUTH had appealed to the nurses to return to work, they have refused to comply, asking that the management should first address the issues they raised. When New Telegraph visited the hospital yesterday, the only wards where a few patients were present were Wards C2, D2 and E2, all of which accommodated patients that did not have approval to leave the hospital because they could not pay their bills. The four that New Telegraph’s correspondent saw had been in the hospital for over two months.

They were practically being ‘detained’ for their inability to pay hospital bills. According to one of the patients, Mrs. Ndubisi, a petty trader that has been in LUTH for over three months, she has N168,000 hospital bill to clear before she and her three-mont old baby would be allowed to go home.

Mrs. Ndubisi, a mother of five children, said the delivery of her fifth child brought her to LUTH where a caesarean surgery (CS) was performed by the doctors to save both herself and the baby girl that she delivered three months ago. She told New Telegraph: “I thank God that I am alive today.

The doctors tried for me, saving my life and that of my baby. Sadly, my husband and I cannot pay the hospital bill.” Another patient, Mrs. Ejimozo, 33, has also been in LUTH for two months following her inability to pay the hospital bill of N55,000. Ejimozo’s baby was very ill and had jaundice after birth, requiring daily oxygen for six days, charged at N5,000 daily.

On her part, Mrs. Mercy Oba from Iruah in Edo State said her baby, who was delivered premature through CS, has been incubated since three months. She added that her husband, Mr. Oba was jobless, hence he could not clear the total bill of N297,000.

However, on two different instalments, Oba has paid N80,000 and N70,000. Yet, she has not been allowed to leave the hospital. When contacted, the Chief Medical Director of LUTH, Prof. Chris Bode, said the demands of the nurses were being addressed by the Federal Ministry of Health (FMOH), which he explained was already looking into issues with a view to tackling them.

“None of the demands of the nurses falls within the category of what LUTH can do,” he added. He said some of the demands, which bother on salary arrears, are already being looked into by the FMOH, and the nurses were aware of this development. On patients that could not leave LUTH as a result of unpaid bills, the CMD said they have to pay up their bills, adding, “If the services in the hospital were good enough to be accessed, they should equally be good enough to be paid for.” Part of the demands of the nurses in LUTH is stoppage of payment of teaching allowance in October 2015.

Although, other federal hospitals have reviewed theirs, reinstating the allowance of nurses that are entitled to it. “In LUTH, they did not review ours. Now, because of this strike, they commenced paying the teaching allowance in June 2016 salary, but the arrears from October last year have not been paid.”

Furthermore, the nurses are crying out over poor working environment, which prompted nurses in LUTH to work in darkness throughout the night, using lighting from their telephones to see when attending to their patients. Similarly, they are demanding for the provision of working materials, including consumables, water for sanitation, gloves, stationeries, etc.

In addition, they are demanding the employment of more nurses to ease the pressure of work on available nurses. “Contrary to the World Health Organisation (WHO) recommendation that one nurse should attend to four patients, two nurses in LUTH attend to 30 patients,” Olutona lamented.