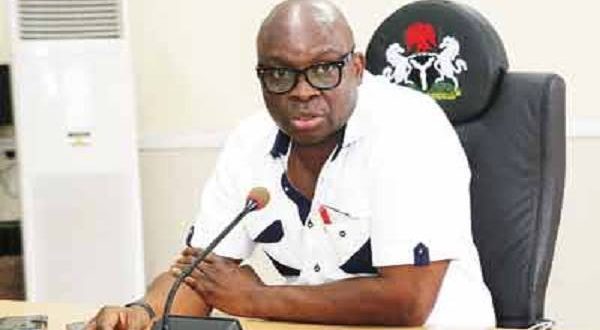 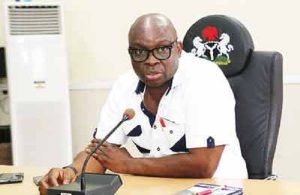 The Economic and Financial Crimes Commission has quizzed Captain Ahmed Borodo, the pilot whose plane was allegedly chartered by a former Minister of State for Defence, Senator Musiliu Obanikoro, to transport N1.219bn to Governor Ayodele Fayose.

The money was alleged to be part of the N4.7bn transferred from the account of the Office of the National Security Adviser to the bank account of Sylvan McNamara, a company allegedly owned by Obanikoro’s two sons- Babajide and Gbolahan.

Borodo, who was grilled last week,  was quoted as telling detectives that he flew Obanikoro on June 17, 2014 from Lagos to Akure on an HS-125 aircraft.

Impeccable sources at the anti-graft agency told said that the pilot admitted that about eight big green tarpaulin or military bags were loaded onto the plane by Obanikoro’s men.

He said at a point, he had to complain to the former minister that the aircraft was too small and thus could not carry too much weight.

An investigator said, “The pilot told us that on June 17, 2014, he was instructed by his company around 7am to prepare the aircraft for an 8.30am flight from Lagos to Akure. He was informed that the client was Obanikoro. He said he along with his colleagues including one Capt. Olubiyi Famuyiwa got on the plane.

“He said Obanikoro’s aides arrived at the tarmac with some bullion vans and started offloading the contents which were in big green tarpaulin bags. He informed them that the aircraft could only carry about eight or nine bags due to its small size.

“The pilot said at that point, Obanikoro intervened and began pleading with him to allow them load all the bags on the plane but he refused and then the minister, his ADC and a friend boarded the plane and the aircraft departed.”

Borodo was said to have flown the aircraft to Akure where a bullion van from Zenith Bank and some soldiers welcomed Obanikoro and received the money.

Further investigations revealed that Fayose’s friend, Abiodun Agbele, who is currently in the EFCC custody, was among those who received Obanikoro.

The detective added, “The pilot said on getting to the Akure airport, some soldiers received them and the bags were offloaded and put into a bullion van. He noted that the plane returned empty to Lagos.

“He said that the next day, he returned to Akure and then flew Obanikoro to Abuja with his Aide-de-Camp, Lt. Adewale.”

The commission also interrogated the General Manager of the airline, Mr. Jide West, who told the EFCC that Obanikoro paid $25,200 for both flights.