Former Senior Special Assistant to President Goodluck Jonathan on Public Affairs,  Doyin Okupe, has been quizzed for the second time within a month by the Economic and Financial Crimes Commission over alleged graft to the tune of N162 million.

Okupe, who was first interrogated on June 22 this year by EFC operatives, appeared before the commission this week to answer questions on why he received the sum of N162 million from the Office of the National Security Adviser, Sambo Dasuki, and from Chanchaga Local Government Area of Bauchi State a few days to the Peoples Democratic Party’s primary election in 2014 and the general elections in 2015.

it was learnt that Okupe has been reporting to the commission after he was grilled on June 22, 2016 over fresh allegations bordering on illicit payments received from the office of the former National Security Adviser, Col. Sambo Dasuki as well as strange payments to his companies by a council in Bauchi state.

A competent EFCC source told Saturday Vanguard that Okupe  was quizzed over the N50 million cash he collected from the former NSA, without record or accountability.

“We also got evidence that a company that is owned by Okupe known as Romic Soil Fix International Limited, received N63 million from Chanchaga Local Government Council of Bauchi State and another N13.5m from the same council for reasons that are not stated.

“Another company that is linked to Okupe, Abraham Telecoms Limited, received N35.5 million from the NSA through the CBN”. Of interest to the EFCC, is the coincidence of these payments by Chanchaga LG to Romic made on 21st of November, 2014 during the PDP primary election and 13th February 2015, just before the general election.

The source in EFCC said: “Okupe has not been able to explain the receipts and has been asked to be reporting at regular intervals. We decided not to detain him because he claimed to have a heart condition and presented a medical report to back the claim,” the source said.

Share
Previous Inside Fiery Gbazango, Where Preacher Olawale Was Murdered
Next Nigerians And The Failed Coup In Turkey-Reuben Abati 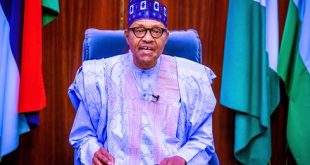