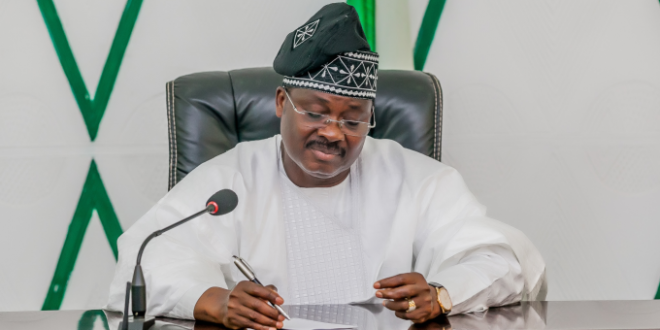 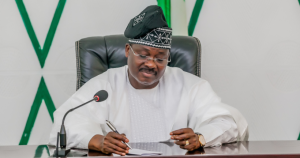 The Oyo State Governor Abiola Ajimobi on Thursday placed a N5m bounty on the heads of the three gunmen who cruelly murdered a member of the state House of Assembly, Gideon Aremu, on July 1, 2016.

The lawmaker from the Labour Party, representing Oorelope constituency was until his death the Chairman, House Committee on Information, Public Relations and Security.

He was killed in front of his house in Alakia area of the state as he alighted from his car to open his gate. Three gunmen on a motorcycle trailed him to his scene on the night and shot him after a brief argument according to family source.

A statement by the Special Adviser to the Governor on Communication and Strategy, Mr. Yomi Layinka, announced the reward for any member of the public with credible information that might lead to the arrest of the killers.

The statement said that the governor appealed to members of the public in possession of any useful information to immediately contact the authority on two mobile telephone numbers with the assurances that the informant’s identity would be protected. The numbers are 0802 343 1079 and 0803 653 6581.

The governor also expressed sadness over the incident, which he said shattered the serenity that the state had been enjoying in the past five years. He said he would be prepared to reward anybody with clues that would assist the police to apprehend the culprits and their sponsors.

The statement said, “This is to further demonstrate the government’s commitment to the ongoing investigation of the immediate and remote causes of the murder of the parliamentarian who was allegedly gunned down in front of his home in Alakia, Ibadan.

“The governor, once again, wishes to reiterate his administration’s relentless pursuit and defence of the security of lives and properties of all citizens of Oyo State, without let or hindrance.

“The government wishes to assure such volunteers of absolute secrecy, confidentiality and protection of the law. Please, help to find those behind the murder of Aremu so that he and his family can get justice, and on time too.”