Breaking News
Home / News / Buhari To Looters: Come And Negotiate With Us 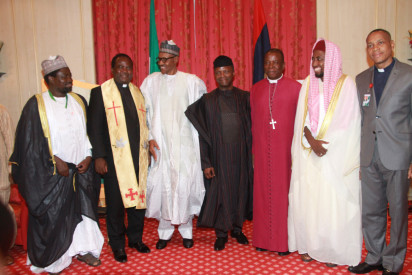 Buhari To Looters: Come And Negotiate With Us

July 7, 2016 Comments Off on Buhari To Looters: Come And Negotiate With Us 29 Views 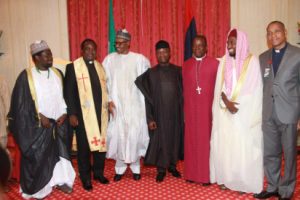 President Muhammadu Buhari has provided a soft landing platform of negotiation for all treasury looters, insisting that they must quickly return stolen public funds in their possession or face the consequences. Buhari appealed to those in possession of Nigeria’s stolen funds to return them peacefully and negotiate with the government.

The implication of the president’s decision is that those who have looted the nation’s treasury can now explore the opportunity of a negotiation process with relevant government agencies and quietly return such funds. Buhari spoke yesterday while receiving a delegation of Muslim residents in the Federal Capital Territory (FCT) who paid him Sallah homage at the presidential villa, Abuja.

They were led by the FCT Minister, Bello Mohammed. He said: “Please, tell those with plenty of money which do not belong to them to try and negotiate and return it in peace so that both they and us will be in peace. Otherwise, we will continue to look for it.”

According to him, Nigeria is seriously in need of the stolen funds to uplift the quality of life of its citizens. This is the second time Buhari is adopting a soft approach in the anti-corruption war, especially with regards to recovery of stolen funds.

The president, while addressing the All Progressives Congress (APC) supporters and youths at the first edition of Kaduna Annual Music Festival in December last year, appealed to treasury looters that his government was not fighting any one. “We are not fighting anybody but we are appealing to them to return the stolen funds so that we can develop electricity, roads and create jobs,” he said.

While addressing Muslims at the presidential villa yesterday, Buhari also appealed to Niger Delta militants to give Nigeria a chance and desist from sabotaging oil and gas facilities in the region. He assured that justice would be done in terms of what was due to the region.

Citing a quote from former Head of State, General Yakubu Gowon that “to keep Nigeria one is a task that must be done,” he, however, warned that the militants should be told that the unity of Nigeria was not negotiable. Buhari said: “On security, we have made a lot of improvement. Boko Haram, militants, there is improvement.

“We are now concentrating on the militants to know how many of them in terms of groupings, leadership and plead with them to try and give Nigeria a chance. “I assure them that the saying by General Gowon that to keep Nigeria is a task that must be done.

“In those days, we never thought of oil. All we were concerned of was one Nigeria. So, please pass this to the militants that one Nigeria is not negotiable and they had better accept. “Nigerian constitution is clear as to what they should get and I assure them there will be justice.”

The president noted the problems that have continued to beset the country and expressed confidence that the agricultural sector would soon bounce back to enable the country to feed itself. According to him, “I know that there are a lot of problems in the country, but it is unfortunate the Minister of Agriculture is not here, he is working very hard.

“The governor of Central Bank is helping him, borrowing him money outside the budget so that he can assist states, especially those states, about 13 of them, that can produce rice. “That programmes is good. It is giving us confidence, it is getting the farmers into the field.” The president admitted the power challenge in the country.

“Those who watch television are at the mercy of what is used to be called NEPA. Whichever form it (NEPA) has taken now, it has maintained the tradition of unreliability. It is not everyday that the people get the news,” the president said.

In his remark earlier, Vice President Yemi Osinbajo observed that the president had lost weight and expressed confidence that now that the Ramadan fast was over, he would regain the lost weight. He prayed for good health for the president to enable him to continue the task of rebuilding the county. Osinbajo noted that the past one year had been tough for the government and Nigerians because the Buhari-led administration had been busy clearing up the mess it met on ground.

He, however, stressed the administration’s commitment to placing the country on a sound footing, saying, “Things are already looking up.” Minister of FCT, Mu-hammed Bello and the leadership of the Presidential Villa Chapel presented Sallah greeting cards to the president. Buhari had earlier performed the 2-Raka’at Eid-el- Fitr prayers at the Mogadishu Mosque in Abuja. Prominent among the delegation on the homage visit were the National Security Adviser (NSA), Maj.-Gen. Babagana Mongunu (rtd); CBN Governor, Mr. Godwin Emiefele; Secretary to the Government of the Federation (SGF), Engr. Babachir Lawal; a few members of the Federal Executive Council (FEC), Service Chiefs; the acting Inspector General of Police, Ibrahim Idris; traditional rulers; religious leaders; and some residents of the FCT.