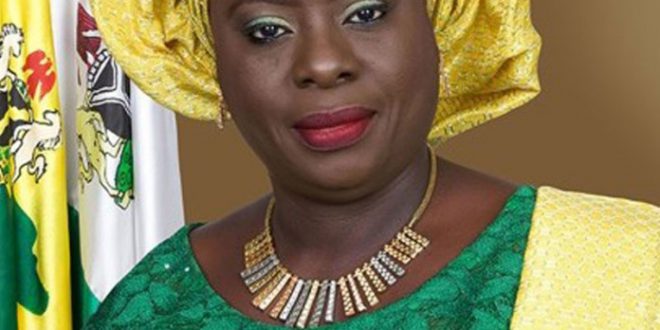 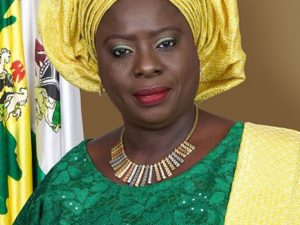 Suspected militants tuesday engaged the security detail attached to the Ogun State Deputy Governor, Mrs. Yetunde Onanuga, during her inspection visit to some border communities between Ogun and Lagos which were under attack by the same militants at the weekend.

The deputy governor was accompanied by some of her cabinet members with the aim of assuring the communities that included Imushin, Elepete and Igbo-Olomu, of the commitment of the state government to provide adequate security of lives and property.

While approaching Akoka Ebute area of Ibafo, in Obafemi-Owode Local Government Area, the situation took another dimension as the suspected militants opened fire on the security operatives that accompanied the deputy governor.
Following the readiness of the militants to further launch attacks, the delegation made a u-turn from the troubled area after the deputy governor had assured the residents of the government’s commitment to their safety.

In his reaction, the Secretary to the State Governor, Mr. Taiwo Adeoluwa, expressed concern over the deteriorating security situation in the affected communities.

He therefore called for urgent attention of the federal government’s assistance.
He said the exchange of gunfire between the security operatives and the daredevil criminals in broad daylight was regrettable.

Adeoluwa said: “It is a thing of regret that things have gone so bad in our country; at this level, the teams led by the deputy governor of the state were not able to have access to a part of our state. It means that without mincing words, the federal government needs to get involved in this.

“This is something that is beyond the capacity of the police. We need military task force like the one we have in Niger Delta; it’s necessary and desirable. As we can see in Elepete, Igbo-Olomu and Imagbon, nothing can be compared with the violence here in Ibafo.”

While speaking with journalists, the Baale of Akoka Ebute, Ibafo, Chief Folorunso Balogun, said the community had been deserted.

Balogun, who disclosed that a couple was abducted by the suspected militants yesterday, appealed to the federal government to deploy more troops to the area.

The chief said he and his family had relocated from the community to avoid the militants, whom he pointed out, had engaged in the “mindless looting” of the area.