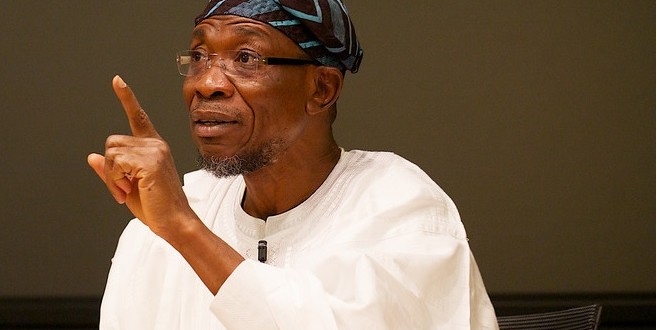 June 28, 2016 Comments Off on Aregbesola Calls For Adequate Attention For Environment 14 Views 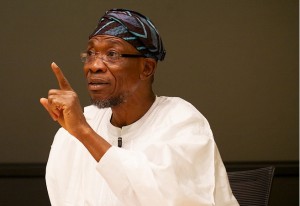 Governor of Osun, Ogbeni Rauf Aregbesola,  has called for maximum attention in the protection of environment and general well being.  Aregbesola observed this at the presentation of kits to the state’s highway managers by one of the leading commercial institutions in the country, Sterling Bank.

The Governor lamented the carefree attitudes of every Nigerian to the environment, saying the manner in which people just overlook the environment without any adequate attention to general cleanliness of where they live is worrisome.

According to the governor, apart from the biological make-up of human beings as they are created by God, it is only the environment that make them what they are.

He noted that for people to live healthy and productive life the environment must be clean, bright and well catered for regularly.

Emphasising the importance and the need to take care of the surrounding, Aregbesola averred that after food, the next thing on the priority of human beings is the environment as it could make or mar human existence depending on the way it is attended to.

He said: “Our environment defines us as human beings. But we all overlook our environment as if we can exist independently of the environment we live in. We act as if the only thing we owe ourselves is the cleanliness of our body alone.

He commended the bank for contributing its quota to making the environment a better place for the people of the state. He called on other corporate organisation to emulate the corporate responsibility demonstrated by Sterling bank in donating the kits.

In his remark the Executive Director of the bank, Mr. Lanre Adesanya, said the presentation of the kits is in line with the bank’s strategic focus on the environment as one of its corporate responsibilities.

Adesanya stated that environmental cleanliness is one of the cardinal points of Sterling Bank’s corporate responsibilities.

He commended the Governor for the administration’s effort at changing the landscape of the entire state despite the challenge being faced in both public and private sectors.

“Mr. Governor, let me assure you that Sterling Bank will continually engage in initiatives that will protect the environment especially those that are connected to the protection of lives through our renowned partnership with the state governments in order to maintain a healthy environment to guarantee good health for our people.”