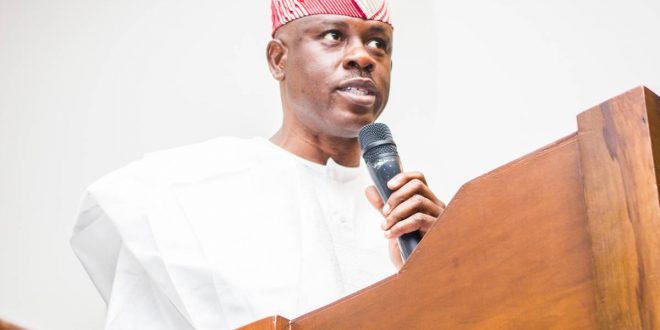 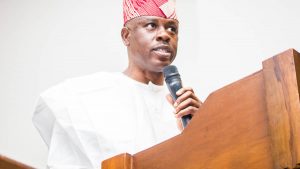 The Economic and Financial Crimes Commission on Tuesday said it had made a breakthrough in how over $15bn was siphoned from the account of the Office of the National Security Adviser during the administration of former President Goodluck Jonathan.

The EFCC, which has frozen the bank accounts of the Ekiti State Governor, Mr. Ayodele Fayose, and the account of a company, belonging to the two sons of a former Minister of State for Defence, Musiliu Obanikoro, said it had recovered evidence of the alleged illegal transactions from the banks.

The bank tellers and other relevant documents, which were made available to The PUNCH, showed that the alleged scam took place between April 4, 2014, and December 15, 2014, when a total of N4.745bn was paid into the Diamond Bank account of Sylvan McNamara.

A document, made available to one of our correspondents showed that Sylvan McNamara was incorporated in November 2011, with the following people as directors: Ikenna Ezekwe, Idowu Oshodi and Elizabeth Adeniyi.

However, the company, on May 7, 2012, passed a resolution that it should open an account at Diamond Bank and have the following persons as signatories – Gbolahan Obanikoro, Babajide Obanikoro, Ikenna Ezekwe and Theresa Matuluko.

Babajide and Gbolahan are the sons of Musiliu Obanikoro, a former minister of State for Defence.

A source at the EFCC said, “The entire fraud started from the company that Obanikoro’s sons were operating. The company was set up by some people but curiously made Obanikoro sons signatories to the account.”

It was learnt that after money was paid into the firm’s account, about N759,384,300 was transferred into the accounts of about six bureau de change operators.

A detective at the EFCC added, “The owner of A. A. G. B. S Oil and Gas confirmed to us that the company is a BDC but was only bearing the name of an oil company. He confirmed that he received N168m from Sylvan McNamara and $1m was delivered to Obanikoro in cash while he was the Minister of State for Defence based on the exchange rate at the time.

“Obanikoro acknowledged receipt of the cash and we have recovered evidence. Some of the remaining dollars was received by Obanikoro’s son, Gbolahan.”

The detective at the EFCC further revealed that about N2bn from the money was withdrawn by the Obanikoro sons and then flown to the Akure Airport, Ondo, for onward transfer to Ekiti State.

While presenting the flight document, the detective said, “On June 12, 2014, barely 10 days to the Ekiti State governorship election, Obanikoro and a man, who claimed to be his Aide-de-Camp by the name of A. O. Adewale, chartered a private jet belonging to OAS Helicopters.

“Obanikoro handed the money over to one Abiodun Agbele, otherwise known as Abey, an associate of Fayose. Officials of Zenith Bank arrived at the tarmac in a bullion van to convey all the cash to the bank’s vault, located at 13 Alagbaka Estate, Akure.”

The detective, who presented bank tellers, said Abey gave the bank instructions at different times to pay the money into Fayose’s Zenith Bank account even after the elections.

“Abbey directed the bank to transfer N118,760,000 to the same account and paid in N50m cash into Fayose’s account.

The source added that on the instructions of Fayose, Abbey deposited N100m in the account of Spotless Investment Limited, a hotel, which is owned by Fayose and his wife, Olayemi.

Abbey, who was identified as the owner of a firm, De Privateer Limited, paid N100m into the Zenith Bank account of Spotless Investment Limited with number 1010170969 on June 17, 2014.