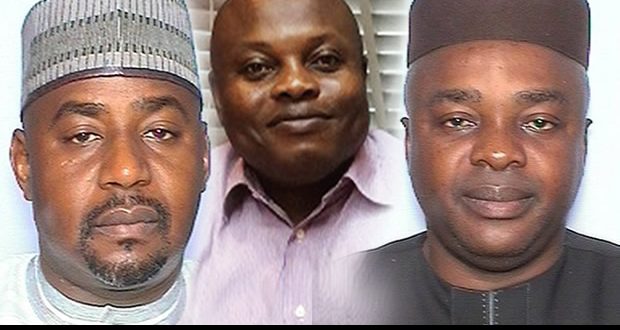 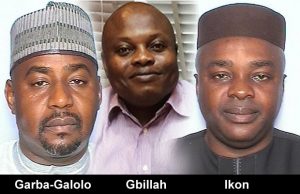 The three members of the House of Representatives alleged to have committed sexual misconduct in the United States are to appear before the House Committee on Ethics and Privileges to state their case, findings by Saturday PUNCH have revealed.

Investigations revealed that following the decision of the leadership of the House to investigate the matter, the Speaker, Mr. Yakubu Dogara, had placed the Committee on Ethics and Privileges on notice.

The committee is chaired by a member of the Peoples Democratic Party from Delta State, Mr. Nicholas Osai.

“The committee has been put on notice because this is an issue that has to do with misconduct.

“It is the primary responsibility of the committee to enforce the code of conduct for members. This is their job.

“The committee will naturally invite the three members, lay the allegation before them and demand that they defend themselves”, a senior legislative official confided in Saturday PUNCH on Friday in Abuja.

However, it was learnt that a formal referral of the case to the committee would wait till Tuesday when it would be raised on the floor of the House.

The official added, “This is a matter that has a bearing on privilege of the House and the members. So, it is expected that a member will rise to apply the rule on privilege to raise it on the floor and demand an investigation so as to clear the names of the affected lawmakers and the House.

Under the rules of the House, the committee is empowered to recommend punishment for misconduct as it “deems appropriate” after investigation.

Penalties range from suspension from House services for weeks or up to six months, which the Speaker may also extend as it suits him.

The House rules, specifically 123 (3)(b) state, “The committee shall investigate any alleged violation by a member of the Code of Conduct or any law, rule, regulation or other standard of conduct applicable to the conduct of such member and after notice and hearing to recommend to the House by resolution or otherwise, such action as the committee may deem appropriate in the circumstances..”

Sub-section 3(c) adds, “To report to the appropriate Federal or State authorities, with the approval of the House, any substantial evidence of a violation by a member of any law applicable to the performance of his duties or the discharge of his responsibilities, which may have been disclosed in a committee investigation…”

Findings indicated that the majority of the 360-member legislature believed that the matter should not be delayed because of the “damaging implications for the image of the entire National Assembly.”

The Chairman, House Committee on Media and Public Affairs, Mr. Abdulrazak Namdas, confirmed toSaturday PUNCH that a formal referral to the committee would be made on Tuesday.

Namdas said, “We are committed to the investigation, but the floor will have to refer it to the committee.

“This will be on Tuesday, considering the fact that the House does not sit on Mondays.”

Namdas also told Saturday PUNCH that there was no question as yet on whether to punish the accused members as no case had been established against them.

He said, “People should be mindful of the fact that this is an allegation. Nobody has been convicted or sentenced over any offence yet.

“So, the approach of the House is that these members will be given adequate opportunity to be heard.”

The House Minority Leader, Mr. Leo Ogor, told Saturday PUNCH that upon referral to the committee, it was the duty of the committee to set out the “modalities” for the investigation.

“They will work as a standing committee of the House duly constituted to handle assignments of this nature,” he said.

Garba-Gololo, Gbillah and Ikon were in the US recently to participate in the International Visitor Leadership Programme on Good Governance organised by the US Government.

The three legislators were on a team of 10 members nominated to attend the leadership programme, which took place in Cleveland, Ohio, between April 7 and 13 this year.

While there, they allegedly solicited the services of prostitutes through car park attendants while one of them assaulted a hotel housekeeper with the intent to rape.

The allegation was contained in a letter the US Ambassador to Nigeria, Mr. James Entwistle, wrote to Dogara.

Entwistle, in his June 9 letter to Dogara, stated, “It is with regret that I must bring to your attention the following situation.

“Ten members of the Nigerian National Assembly recently travelled to Cleveland, Ohio, as participants in the International Visitor Leadership Programme on good governance. We received troubling allegations regarding the behaviour of three members of the delegation to the U.S. Government’s flagship professional exchange programme.

“Mohammed Garba Gololo allegedly grabbed a housekeeper in his hotel room and solicited her for sex. While the housekeeper reported this to her management, this incident could have involved local law enforcement and resulted in legal consequences for Representative Gololo.

The members have since denied the allegation and have threatened legal actions to clear their names.

On Thursday, the leadership of the House gave the nod to investigate the allegation.

The US, on its part, quickly revoked the visas of the three members, indicating that they are temporarily barred from visiting that country.