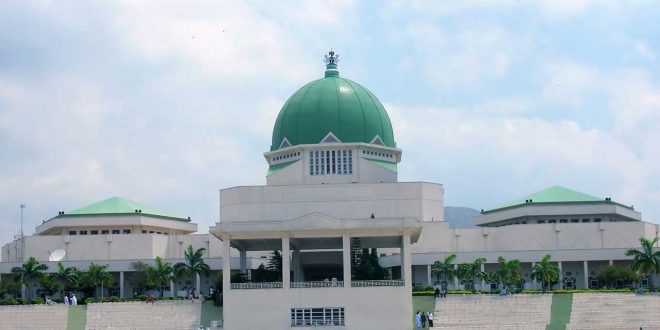 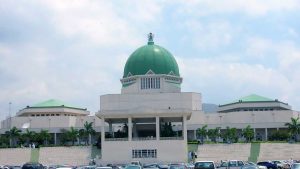 The Speaker of the House of Representatives, Mr. Yakubu Dogara, on Thursday, directed the investigation of three members of the House for an alleged sex scandal.

The Chairman, House Committee on Media and Public Affairs, Mr. Abdulrazak Namdas, confirmed this in Abuja just as investigations had shown that the United States Embassy had cancelled the visas of the affected members.

Namdas explained that the leadership of the House decided to investigate the alleged sex scandal following a formal complaint made by the US Ambassador to Nigeria, Mr. James Entwistle.

He said, “We are in receipt of a letter from the US Ambassador, alleging misconduct by some members of the National Assembly, who attended training in the United States of America.

“The leadership of the House has commenced its own part of the investigation. When it is concluded, we will brief Nigerians further on this issue.”

Namdas, however, declined questions on how the investigation would be conducted.

The development came as the US formally cancelled its visas from the three lawmakers, an indication that they had been barred from future trips to the United States.

However, investigations by The PUNCH showed that the speaker came under pressure from many lawmakers, who felt that the matter could tarnish the image of the National Assembly if it was not attended to.

The affected members – Mr. Mohammed Garba-Gololo (Bauchi State); Mr. Terse Gbillah (Benue State), and Mr. Samuel Ikon (Cross River State) – allegedly committed the act during a recent trip to the US to participate in the International Visitor Leadership Programme on Good Governance organised by the US Government.

The three legislators were members of a team of 10 lawmakers nominated to attend the leadership programme, which took place in Cleveland, Ohio, between April 7 and 13 this year.

Entwistle, in his June 9 letter to Dogara, stated, “It is with regret that I must bring to your attention the following situation.

“Ten members of the Nigerian National Assembly recently travelled to Cleveland, Ohio, as participants in the International Visitor Leadership Programme on good governance.

“We received troubling allegations regarding the behaviour of three members of the delegation to the US Government’s flagship professional exchange programme.

“Mohammed Garba Gololo allegedly grabbed a housekeeper in his hotel room and solicited her for sex. While the housekeeper reported this to her management, this incident could have involved local law enforcement and resulted in legal consequences for Representative Gololo.

Finding showed that the lawmakers dismissed the allegation as “baseless and untrue” when Dogara first sought their explanations.

However, he was said to have come under pressure from members, who insisted on a thorough investigation, considering the fact that the Ambassador committed it to writing.

A National Assembly source stated, “The speaker came under pressure because many members are not satisfied with the responses of the affected persons.

Another source stated, “Of course, the members have threatened legal actions and have requested video evidence from the US Ambassador since the housekeeper was said to have identified Garba-Gololo in a group photograph.

“Members felt that the House should thoroughly investigate the allegation to establish the correct position. The 8th Assembly passed a Code of Conduct to members of the House in 2015.

“This is one of the test cases and it is important that we clear this issue.”

The US embassy, it was learnt, had written the three members cancelling their visas to the US.

One of the lawmakers, Gbillah, wrote Entwistle on Thursday (yesterday), accusing the US of not giving the three members fair hearing.

Gbillah also expressed surprise in his letter that within hours of bringing the matter to the attention of the House, the US Government had gone ahead to cancel the visas of the lawmakers.

He threatened to immediately institute legal actions against the US Government, the Ambassador and the Marriot Hotel Brand, among others for damages.

Part of Gbillah’s letter, which was dated June 16, read, “Without conclusive evidence of any sort or contact with any of the accused individuals, the US State Department and US Embassy in Nigeria have less than six days after your letter to the Speaker, gone ahead to revoke the US visas of the accused individuals based on hearsay from the employees of the hotel in Cleveland.

“Affected individuals received correspondence from the US Embassy on Wednesday, June 15, 2016, indicating the denial of their US visas and requesting that they bring their passports with the current US visa to the Embassy.”

The letter was copied to Dogara, the US Secretary of State, Nigeria’s Minister of Foreign Affairs, the Cleveland Council of World Affairs, and the President and Chief Executive Officer, Marriott International.

On his part, Ikon claimed that the allegation levelled against him was not only untrue but also a case of mistaken identity.

He stated, “My attention has been drawn to the publication, alleging an act of impropriety against me by the US Mission in Nigeria.

“I wish to state unequivocally that this is false and definitely not me.

“This, to me, is a case of mistaken identity and I have already instituted measures both legally and diplomatically to clear my name and the institution I represent.

The US Mission in Nigeria refused to comment on Entwistle’s letter on Thursday.

“We do not comment on private diplomatic correspondence.  Thank you very much for your inquiry,” the Mission’s Press Attaché, Sean McIntosh, said in an email.