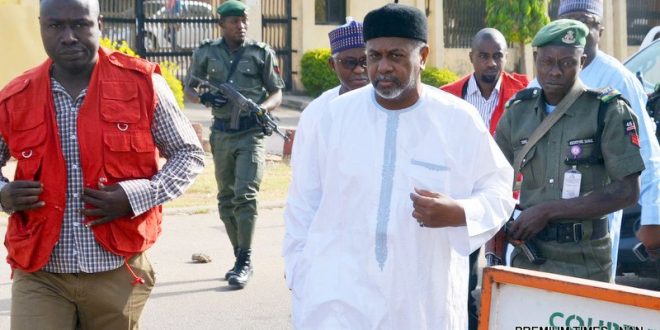 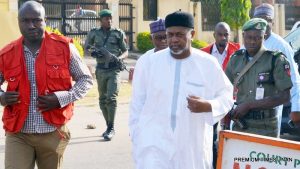 LThe Court of Appeal, Abuja division, has dismissed the appeal of former National Security Adviser (NSA), Colonel Muhammad Sambo Dasuki (retd), seeking order of the appellate court to compel the Federal Government to allow him to enjoy the bail granted him by an Abuja High Court.

The appellate court, in its judgment delivered by Justice Abdul Aboki, held that the appeal lacked merit and substance and consequently, dismissed it.

In an unanimous judgment of the full panel of the court, it upheld the submission of the Economic and Financial Crimes Commission (EFCC), which put Dasuki on trial, that it was not in contempt of any court order because the re-arrest of the appellant in December last year, was not at its instance.

Justice Aboki said that from the submissions of the appellant counsel, Mr Joseph Daudu, and the EFCC counsel, Mr Rotimi Jacobs, the bail condition granted Dasuki was perfected on December 29, 2015 and that a warrant of release to that effect was served on the Comptroller of Prisons in Kuje, upon which he was released.

On his re-arrest by the operatives of the Department of the State Security Service (DSS), the Appeal Court agreed with the Abuja High Court that the re-arrest cannot be turned to a disobedience to its order on bail because the court bail was not targeted at the DSS when it was granted.

The appellate court also said that EFCC, which put Dasuki on trial on criminal charges at the FCT High Court cannot be held responsible for the action of DSS on the ground that the two agencies are different entities established by different Acts and vested with different powers.

Justice Aboki, therefore, held that there was no violation of any court order either by DSS or EFCC in respect of the bail granted Dasuki on December 18, 2015 and his subsequent re-arrest on December 29, 2015, by DSS operatives, shortly after he perfected his bail condition and secured freedom.

Dasuki had approached the Court of Appeal praying it to set aside the ruling of an Abuja High Court which exonerated EFCC from his re-arrest shortly after he perfected his bail conditions.