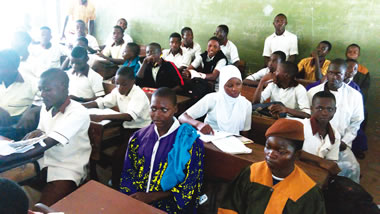 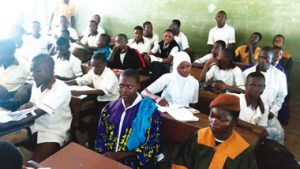 The Osun State branch of Christian Association of Nigeria carried out its threat to instruct Christian pupils to appear in their schools in choir robes and other church garments as some students of the Baptist High School, Iwo, appeared in the school in church apparel on Tuesday.

The students in such religious garments started arriving at the school around 8.30am as members of CAN in Iwo town were at the school to ensure none of the children was turned back for dressing the way they liked.

Many of the female Muslim pupils also wore hijab and nobody stopped them from doing so.

The students, who complied with the CAN’s directive, headed straight to their different classes one after the other and no teacher raised any question on their mode of dressing.

The Principal of the school, Mr. Omotayo Arowolo, said there was no crisis and teachers were in the classes teaching all students, who came to school.

He declined further comment on the development when journalists visited him in his office on Tuesday.

One of the leaders of the CAN, who spoke to journalists at the school premises, Mr. Paul Olagoke, said they came to ensure that Christian students were not denied the right to wear their church garments to the school.

Olagoke, a catechist and head of Catholic bloc in the Iwo unit of CAN, said if Muslims were allowed to wear hijab to propagate Islam in schools founded by Christian missionaries, it would also be appropriate for Christian pupils to wear religious garments to schools.

He said, “We are here to defend our religious right, to ensure that nobody chase away our children for deciding to wear choir robes and other church-related clothes to school.

“We told the government before the school merger that we did not want Christian schools to be merged with other schools to avoid this kind of situation. We are determined to make sure that Christianity is not eradicated in the schools established with the sweat of our forefathers in the faith.”

There was no crisis at the Baptist High School, Osogbo, and Salvation Army Middle School, Osogbo. No student was seen with any different uniform at the two schools and others in Osogbo while some Muslim students, who wore hijab, were also not turned back.

Reacting, Aregbesola said any students caught wearing unapproved garments to public schools in the state would be expelled.

The governor said this in Ibokun on Tuesday while speaking at the inauguration of St. Michael Middle School.

The governor said it was wrong of any group to instigate pupils to wear unauthorised garments to government-owned schools.

Aregbesola said his government was not in support of any religion against the others while urging  any group dissatisfied with the judgment to  seek a redress in court.

A source told our correspondent that the Director of Department of State Services in Osun State, Mr. Ike Maduegbuna, had led some government officials to a meeting of the Christian leaders held at Otan Ayegbaju on Monday.

He was said to have appealed to the leaders not to instruct children to wear any clothes to schools apart from their uniforms.

Some Christian leaders, who attended the meeting under the aegis of the Christian Council of Nigeria, reportedly rejected the plea of the DSS director and that of a former commissioner, who said Muslims female students had yet to start wearing hijab to schools.

The Chairman of CAN in the state, who is an Anglican bishop, Rt. Revd. James Popoola, and the Secretary, Dr. Bayo Ademuyiwa, were reported to have said they were ready to defend the right of students with every available means.

Justice Jide Falola had, on June 3, delivered a judgment that Muslims students should be allowed to wear hijab to schools because it was part of their fundamental rights to do so.

Based on this judgment, the CAN said it would direct Christian pupils to also wear church garments like choir robes and vestments to schools.