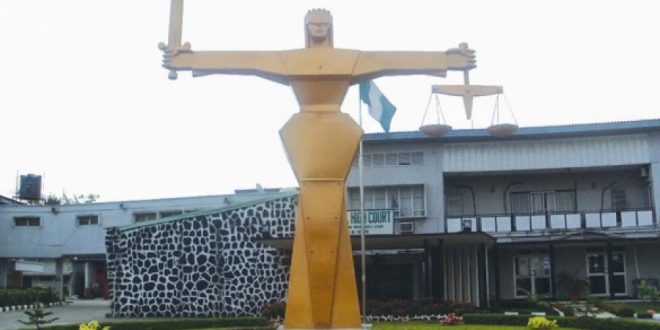 Electrical Engineer Is Sentenced To Death For Robbing Victim Of 180,000 Naira 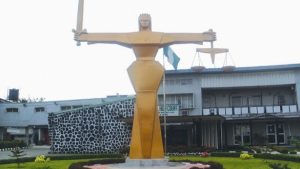 A Lagos High Court sitting in Ikeja has sentenced a 28 year old electrical engineer, Muyil Ahmed to death by hanging for robbing a shop owner of N180,000 at gun point.
Justice Kudirat Jose who handed down the sentence yesterday found the convict guilty of a two count charge of conspiracy to commit armed robbery and armed robbery.
The convict and one Azeez Abass were arrested and charged to court by the Lagos State government for armed robbery.
According to the charge, Muyil, Abass and others at large, had sometimes in July 2012 in Ikorodu approached the complainant (names witheld) at around 9pm that they wanted to buy Mcdowell whisky.
The complainant was said to have  told them that she had closed for the night but they insisted on buying from her.
During trial, the complainant who testified in court said that while she was trying to get the drink, Muyil pointed a gun at her and demanded for money.
“I willing gave them 180,000, but Muyil and his gang demanded for more.
” I tried to escape and it was in the process that I broke my leg and also sustained serious injuries,” she said.
‎Muyil  who said he was a trained electrical engineer admitted that he robbed the woman but that he collected N50,000 from her, and not N180,000 as she claimed.
“I carried out four robbery operations before this one. I only collected N50,000 from her and not N180,000,” he said.
Abass on the other hand however denied  partaking in the robbery that day.
In her judgement, the Judge, Justice Jose held that it was not how much that was collected but the motive of carrying out the crime.
“The first defendant Muyil Ahmed is hereby sentenced to death, while the second defendant, Azeez Abass, is hereby discharged and acquited”,
She said Abass was discharged‎ because the prosecution could not prove that he was at the scene of the crime.
Post Views: 0