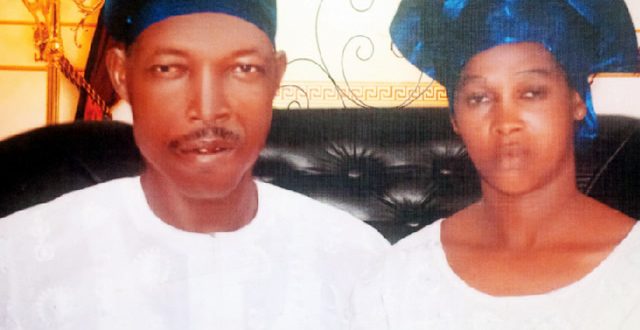 June 11, 2016 Comments Off on Oshodi Wife Killer Dies From From Chemical Ingestion 26 Views 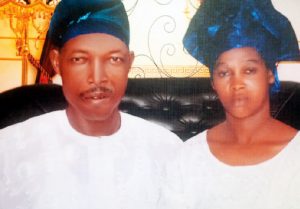 Jafaru Sougie, 49, who was accused of killing his wife, Roseline, in the Oshodi area of Lagos State, after accusing her of infidelity, is dead.

The father of five passed on on Friday at the Police Hospital, Falomo.

A police source said the suspect could not give detectives at the State Department of Criminal Investigation, Yaba, any statement that could assist with investigations, adding that the case might be dead.

Our correspondent had reported that Jafaru allegedly slit his wife’s throat with a knife around 2am on Friday, May 27, 2016 at their home on Araromi Street.

The Edo State indigene was alleged to have poisoned himself by drinking chemicals and was vomiting in the bathroom when one of their children, Richmond, woke up to discover the incident.

It was reported that while 46-year-old Roselin sold frozen foods in Ijora, Lagos and was the breadwinner of the family, Jafaru was jobless.

It was alleged that the suspect killed his wife over alleged infidelity.

He would have been mobbed after the incident, but for the intervention of policemen from the Akinpelu division who whisked him away to their station.

The case was later transferred to the SDCI, Yaba.

Our correspondent, who saw Jafaru the day he was brought into SDCI, observed that saliva poured freely from his mouth, as he was almost motionless on the ground.

Efforts to get him to talk to the police were abortive as he never responded to any question.

The police then rushed him to the Police Hospital, Falomo.

The Commissioner of Police, Lagos State,  Fatai Owoseni, said in a press conference that the suspect ingested a large amount of chemical.

He had added that the police could not say what really happened in the case until the suspect fully recovered and gave his version of the story.

But confirming Jafaru’s death on Friday, “He said, “The man died this morning. I learnt about it around 9am. He didn’t make any statement to the police and as we speak, there is no further lead in the case. It is probably dead.”

The Police Public Relations Officer, Dolapo Badmus, while confirming the death, said Jafaru refused to eat or take his drugs while at the hospital.

She said, “Yes, it is confirmed. He died this morning. He took a large amount of chemical. We tried hard to save his life so he could face prosecution, but he did not make it. He refused to take his food and his drugs. He did not also cooperate with our officials at the medical centre.”