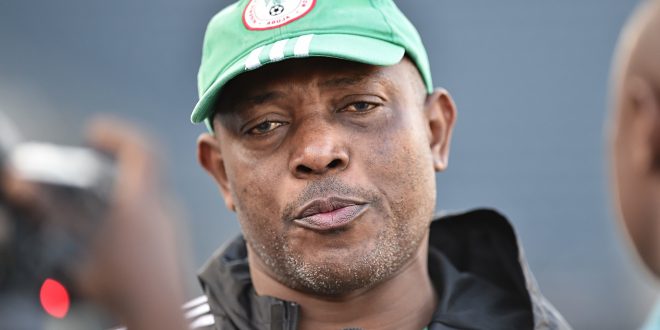 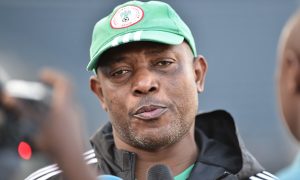 He was scheduled to return to the United States on Wednesday evening before he suffered cardiac arrest.

The former international football player and coach had lost his wife of 35 years, Kate, last year after a prolonged battle with cancer.

His death was confirmed his death from a member of his family as well as one of his close associates.

“He was not ill at all, never showed any signs of  illness, but we suspect he never got over the death of his wife,” a friend said.

He is survived by four children and his mother.

Keshi, the only Nigerian coach to have won the Africa Cup of Nations, achieved a rare feat in 2013 by becoming only the second person to win the trophy both as a player and a coach.

The only other person to have achieved the feat is Egypt’s Mahmoud El-Gohary.

He represented Nigeria from 1982, at age 20, till 1994, most of the time captaining the Super Eagles and scoring vital goals from his position as a central defender.

He also coached Togo and Nigeria at the World Cup, as well as Mali.

Keshi, nicknamed the “Big Boss” for his leadership skills, is the fifth member of the all-conquering 1994 team to die, following Uche Okafor, Thompson Oliha, Rashidi Yekini and Wilfred Agbonavbare.

‘HE HAS FOUND REST’

Meanwhile, the family has released a statement announcing his death.

The statement signed by Emmanuel Ado was titled: “Stephen Keshi CON has gone to be with his wife”.

“Since her death, Keshi has been in mourning. He came back to Nigeria to be with her. He had planned to fly back today Wednesday, before he suffered a cardiac arrest. He has found rest.

“We thank God for his life.

“We want to ask for understanding in this very difficult time for the family.”