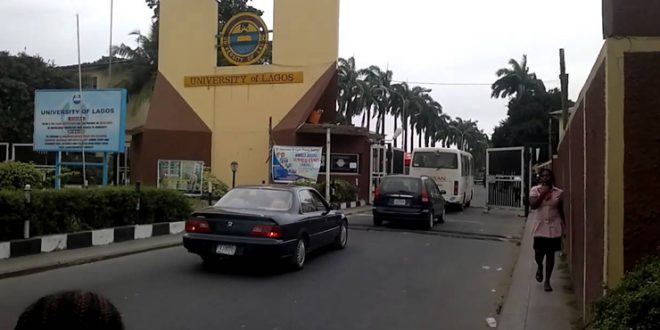 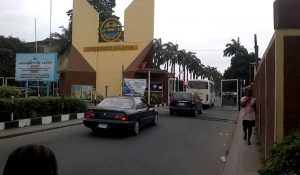 Just like scene out of the movie ” Jennifer “by Funke Akindele, controvesy has continued to trail the alleged disappearance of 17 female students of the University of Lagos (UNILAG) who were said to have been tricked into a fake party in Lekki.
Twenty girls reportedly left for the party at Lekki, with only three returning after they allegedly escaped from the clutches of ritualists.  The other 17 are allegedly being held by some ritualists who invited them to a fake party.
The girls allegedly found themselves in a white house in the middle of nowhere, instead of the party they were to attend.  Three girls who allegedly escaped were said to have returned distraught and crying about their missing friends.
Students who spoke with Lagos Metro claimed the incident truly happened.  The school authorities denied it, because no formal report had been made on it.
It was learnt that the ladies were picked up from the Kofoworola Hall late Thursday night. Just like a scen A female student from the hall, who pleaded anonymity, said she saw some of the students leave for the club.
According to her, “it’s a normal thing here. Every Thursday and Friday night, you will see girls with their boyfriends preparing to go to the club.
“Last Thursday, I saw some of the girls take a vehicle. But they are not just from Kofoworola Hall. Some of them also came from Madam Tinubu Hall and New Hall. Female students from a neighbouring polytechnic were also there.
“The following day, Friday, I saw a girl pointing at Kofoworola Hall and saying something bad happened to those ladies that went out and only three of them returned alive,” she said.
Another member of the hall explained that students started vacating the halls from last week Friday when examinations ended, adding that it would be difficult to know those involved.
She said, “I heard about the incident from a roommate on Friday. But it will be difficult for anybody to know those involved, especially as many of us have left our hostels. People have returned home and maybe until parents start showing up or when we resume next session that we will know those involved.”
A female security guard in charge of the hall, she denied that any such thing happened, adding that she had been overwhelmed with enquiries on the incident as well.
“If anything like that happened, it is not here. It might be other halls, but not Kofoworola Hall,” she said.
The Deputy Registrar and Head of Information Unit, UNILAG, Mr Toyin  Adebule, said any student of the school that went out without permission did so at his or own risk.
“As of today, if any student is going out of the school with a group, he/she should get the approval and permission of the management.
“But that was not done in this case. The identities of the missing students are not known. No parent has come forward to say that they are looking for their children. No student of the school has also come to say anybody went missing. We believe this is the handiwork of mischief makers.
“That notwithstanding, the school is currently on vacation now. Anybody that goes out of the school with a group without the permission of the authorities is on his/her own,” he said.
The state Police Public Relations Officer, Dolapo Badmos, said the command had started investigation into the matter, adding that it had yet to get any clue.
“The Divisional Police Officer in charge of the area has enquired and he has not got any clue that such a thing occurred. But we still have our searchlights on and we will get to the root of the case,” she said.