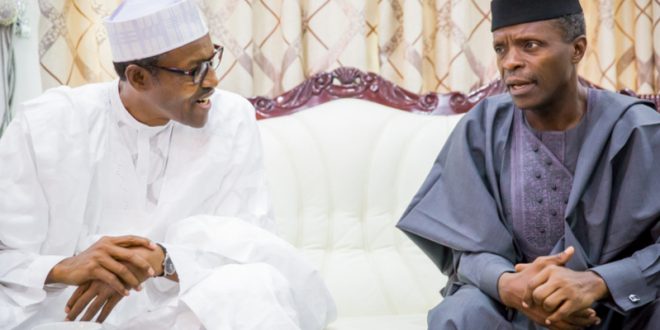 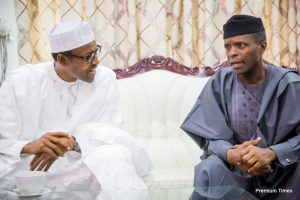 The Federal Government has set up an account for the stolen funds it recovered in the last one year.

The funds were said to have been recovered separately by the Economic and Financial Crimes Commission, the Office of the Attorney-General of the Federation; Independent Corrupt Practices and other related Offences Commission and the Department of State Services.

According to the Chairman, Presidential Advisory Committee Against Corruption, Prof. Itse Sagay,  an account had been set up for the funds.

The committee chairman, however, said the N1.9tn in cash and assets, which had been frozen by the Federal Government, were still under legal contention and thus could not be touched.

He added, “Regarding the funds frozen under the interim forfeiture, the Federal Government can’t touch it for now because certain cases have not been concluded and the forfeiture is interim because technically, the court can order the release to the owners if the occasion demands it but if it goes the other way, there will be a permanent forfeiture order and that is when the properties would accrue to the government and would therefore be used for the benefit of Nigerians.”

Sagay said, “The way I see it, it is more political than legal. It is not party politics but about conduct. I believe the government feels that if you name names, those who are about to come out and also bring out whatever has been looted, would withdraw.

“On the legal side, I don’t see the problem that is being talked about because once a person is going to be charged to court for corruption or illegally acquiring resources, there is no liability in announcing it.

“After all, we have been seeing the names of all those accused and charged. So, the main reason is to encourage others, who are still hiding their loot and speculating what to do, to come out and hand over the loot so that the country can recover more of what has been stolen.”

Some of those who fall under this category, he explained, were newspapers who received money from the Office of the National Security Adviser but later returned the funds.

He said, “There are some people who actually received those assets and money without knowing that it was stolen or whose knowledge of the source would be very difficult to establish.

“So, if you are in a situation, where you thought your political party had raised money legitimately and you were given an amount for the purpose of campaign, then you may have a strong case against any criminal charge like the newspapers, who have received money, but you may be willing to return the money having found out that it was illegitimately acquired.”

Meanwhile, the Federal Government has concluded plans to spend the recovered looted funds on the development of the nation’s infrastructure,The infrastructure on which the money would be spent includes roads and railways among others.

The Special Adviser to the President on Media and Publicity, Mr. Femi Adesina, disclosed this to one of our correspondents in an interview on Sunday.

Adesina was asked how the Federal Government planned to spend the recovered funds as indicated on Saturday by the Minister of Information and Culture, Alhaji Lai Mohammed.

Adesina said, “The President said it sometimes ago in Kaduna that recovered money would be spent on the development of infrastructure. The infrastructure includes roads and railways among others.

“Nigerians can be assured that the money would be spent transparently and judiciously. They have nothing to fear. “These funds would be spent to better the lives of Nigerians; this is what this government is committed to.”

The government’s target is to recover N386bn of looted fund this year.

This figure is stated in the 2016 Appropriation Act, which has been signed into law by Buhari.  The money, it was stated in the document, would be used to finance budget deficit.

Buhari had, last Monday, said he had decided to stop talking publicly on the $2.1bn arms deal because doing so might lead to a situation where the government would realise less than the figure it wanted to recover.

The President spoke while hosting State House correspondents to a lunch as part of activities marking his one year in office.

“The most recent one which, we haven’t recovered from, is the $2.1bn which was given by the government then to the military to buy hardware to fight the insurgency which had taken over part of the country and they just sat, just the way you are sitting now, and shared the money into their own accounts. They didn’t even bother,’’ the President stated.