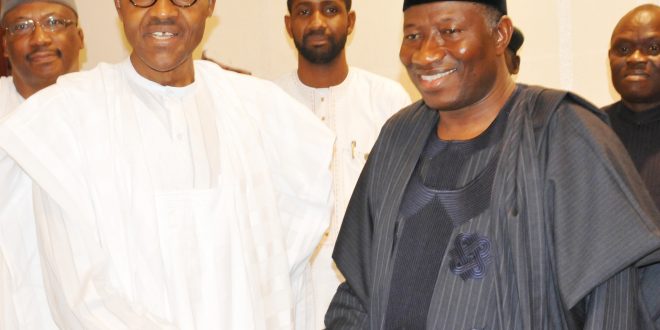 June 3, 2016 Comments Off on Buhari, Jonathan In Crucial Meeting Over Militants 16 Views 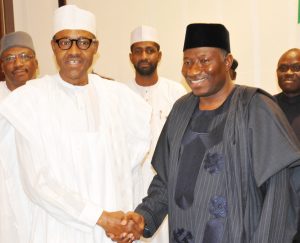 The meeting which was held inside the official residence of the President at the Presidential Villa, Abuja, came barely 24 hours after the former President returned to the country.

A Presidency source who pleaded anonymity told our correspondent on Friday that the meeting which was described as “private” held at about 9pm.

“Indeed, the two leaders met. The meeting was a private one. I believe it has to do with the militants’ attacks in the Niger Delta. The former President must have offered useful suggestions and assistance on the way out,” a source said.

Presidential spokesmen, Femi Adesina and Garba Shehu, could not be reached on the telephone for comments as of the time of filing this report.

Jonathan had on Wednesday returned to Nigeria after a month’s trip to the United Kingdom and Côte d’Ivoire.

He arrived at the Port Harcourt International Airport before heading for his country home in Otuoke, Bayelsa State.

He left Otuoke for Abuja on Thursday to keep the appointment with the President.

Jonathan had on May 23 dismissed a report that he was on exile in Cote d’Ivoire.