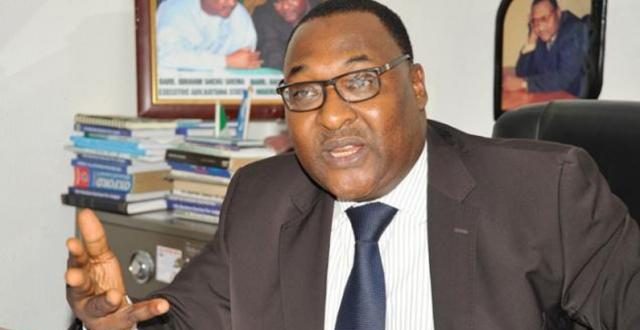 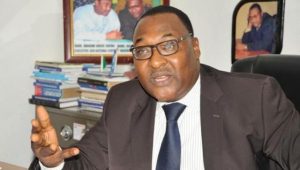 Lingering agitations to have government upturn the position of the Nigeria Shippers’ Council (NSC), as the stakeholders’ preferred economic regulator for the nation’s seaports may have again hit the rocks.
President Muhammadu Buhari, during the week may have tacitly approved the position of the agency as he directed the Council to go ahead and produce a viable blueprint for maximum exploitation of the economic potentials of the maritime industry.
The directive which further reaffirmed the role of NSC apparently jolted heads of other contending agencies that were present at the just concluded 14th Maritime Seminar for Judges in Abuja.
Prominent agencies in the maritime industry namely, the Nigerian Ports Authority (NPA), and the Nigerian Maritime Administration and Safety Agency (NIMASA), have been at the fore front of agitation for government to jettison the appointment of NSC for the coveted role, and be replaced by either of them.
The President was represented at the event by the Solicitor-General of the Federation, Mr. Taiwo Abidogun, who told the gathering that  having an economic regulator at this critical time of economic downturn is imperative to encourage transparency in economic activities, enhance revenue generation and boost patronage of the seaports.
The President further called on both the judiciary and the legislature to lend support to the reform of the maritime sector of the nation’s economy. “For us to achieve maximum productivity and efficiency in the maritime industry, we must get rid of fraudulent and corrupt practices in the industry. Corruption increases cost of doing business, destroys ease of doing business, distorts processes and procedures, robs government of legitimate revenue and gives the country a bad image.
“We cannot afford to perpetrate the cases of mismanagement and squander of national resources which we have witnessed in some of our institutions in the maritime sector”, he added.
He warned that the time for a paradigm shift “is now and in line with our agenda for a corruption-free society” adding that, his administration would encourage and enforce discipline and sanity in the maritime sector
The President noted further that the maritime sector had also been bedeviled by challenges of criminals and unpatriotic elements through crimes like illegal bunkering, vandalism of maritime facilities, especially related to oil and gas sector.
He condemned piracy and other forms of armed attacks in the Gulf of Guinea, attacks on security personnel manning the waterways, as well as corruption between supervising officials and criminals on the nation’s waterways.
Buhari said that he had given the appropriate directives to the necessary authorities that the nation’s waterways remain safe and conducive for international and domestic trade and commerce.
The Chief Justice of the Federation, Hon. Justice Mahmud Mohammed, said that with a predicted increase in the future volume of global trade, “there is no doubt that the future presents infinite possibilities and also attendant risks and challenges to operators and the judiciary’’.
In his words, “as  dispensers of justice, the judiciary must be informed of the trends in the maritime sector in order to properly act as an arbiter of disputes and determinant of rights as are germane to the sector and its stakeholders”.
According to Mohammed, the seminar had over the years “contributed immensely to deepening synergy between the Judiciary and the maritime sector, thus strengthening our jurisprudence”.
He noted however that it was essential for both the judiciary and the maritime sector to partner to create a suitable condition that would facilitate trade and investment.
Also speaking, Minister of Transportation, Mr Rotimi Amaechi, said that the importance of quick and efficient handling of maritime matters by courts could never be over-emphasized.
He said it was commendable that the seminar has created a veritable forum where prominent jurists and legal luminaries come together to rub minds on how to enhance the competitiveness and economic viability of Nigeria’s maritime industry through the capacity building of the judicial officers.
“I am therefore glad to note that gathering among us of eminent jurists, judges and justices of superior courts of cords in Nigeria and other countries in the West African sub-region (Gambia, Sierra Leone and Ghana)”.
The annual Maritime Seminar for Judges which debut in 1995, has since witnessed the attendance of “over 500 judges and justices of superior courts of   both Federal and States who have participated and benefitted from the seminar” the Minister said.
He noted the role of the seminar in influencing far-reaching policy directions of government in the maritime and transport sectors, as he suggested that maritime law should be introduced and made a compulsory course of study in institutions of higher learning,
Amaechi called on the Nigerian Shippers’ Council to ensure the realization of this objective.
The Executive Secretary of the NSC, Mr. Hassan Bello, said the council would ensure that Admiralty Law is made a compulsory subject in institutions of higher learning
.Bello thanked the Chief Justice of the Federation for his interest in developing admiralty law, adding that “in the National Judicial Institute, the Council has found a worthy collaborator’”.
Post Views: 0