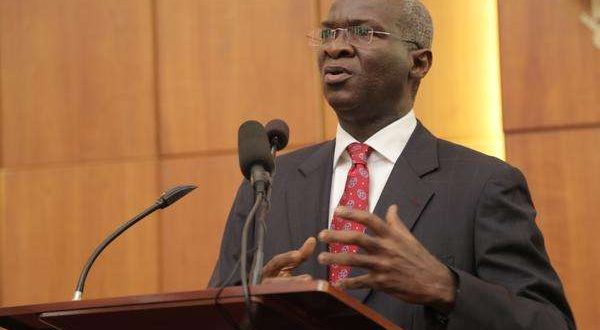 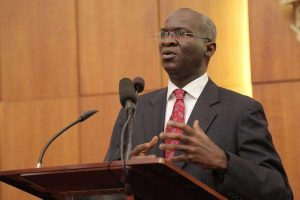 The alleged statement, according to Daily Trust, was made on Tuesday at the Senate public hearing on electricity tariff where the Minister was alleged to have told the Senate Committee that as a Minister he inherited a Power Sector “where government’s interests have been illegally sold.”

In a statement, his Special Adviser on Media, Mr Hakeem Bello, distanced the Minister from the alleged pronouncement saying in all presentations before the Senate Committee, the Minister never used the word “illegally” to refer to the privatization of the Sector by the Federal Government. Rather, and this can be verified by a playback of the video recording of the session, the Minister in his opening remark at the session noted,

“ …As  Minister, I inherited a Power Sector where Government interests had been LEGALLY sold…”

According to the Statement, the Minister in tracing how the country got to this point referred to the Privatization Law made in 2005, “The people of this country through their parliamentarians made a verdict in 2005 when you passed that law that things must change, the law was passed in 2005 and the process was completed in 2013, I wasn’t here, some of you were here, if the process is bad where was the oversight”.

The Statement also quoted the Minister as telling the Senate, “I will commend to this Committee the Report of the House of Representatives that investigated the matter. I will also commend to you Sirs, some of the Reports that have been made by the Senate Committee on Privatization. The basic reason for the passage of the Power Sector Reforms Bill that was passed in 2005 is that we all know that the government was not doing its business well”.

It  stated that in apparent defence of the Law, the Minister also told the Senate, “These decisions were taken before any of us was here. If it was working why change it, who were the people that were employed to make it work, it was our employers in the TUC and other unions, and if they complain that the dam was not working and the power plant was not working, that was why they were hired”.

And describing the Power Sector Reform Law as “a great law”, according to the Statement, the Minister, who had made reference to a question by one of the Senators as to when the results of Privatization would be seen, had reminded the Senate Committee that the privatization exercise would be three years old in November this year, citing the example of the Communication Sector that was privatized over ten years ago which benefits were still evolving.

It quoted the Minister as saying, “Let us reflect back to a sector that we have privatized like this before, were the results this outstanding three years after we passed the GSM reforms? As we speak today some people can still not afford the GSM; some are going to buy tomorrow. When the GSM kicked off, they did not kick off in Abuja, they opened first in Kano, Lagos, Port Harcourt and Aba, that were commercially viable, those were tariffs being set for those who could pay for it.”

“If other nations have been through this and have survived, I think we must resolve to do what it takes to make it work”, the Statement also quoted the Minister as saying, asking the question, “Is three years enough? ECN was created in 1953; … I don’t know that time, but the truth is that in those 63 years how many people did ECN meter so as to expect that same number can be metered in three years, so we must look at this in a context”.

Also debunking the allegation that the Distribution companies were yet to make a significant investment in the sector, the Minister had said, “We have a challenge and I think it can be overcome, people have made statements here that are not correct and they may mislead you saying there are no investments in the sector. Just on Monday the United States through its Power Africa Initiative granted support in the region of $9 million for technical advisory capacity to the same DisCos trying to build efficiency, it is one thing to condemn all the DisCos but to say shut down the business, where is that taking us”.