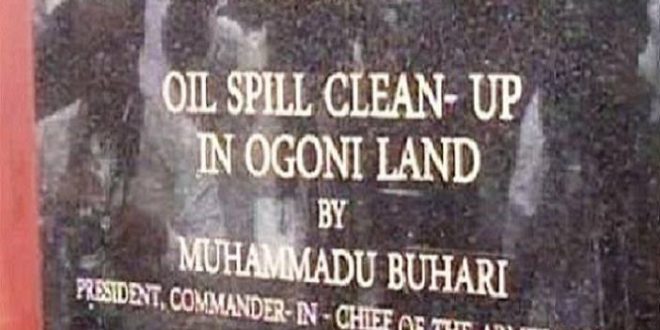 Commencement of Ogoni cleanup a good move by FG – ERA/FoEN

June 2, 2016 Comments Off on Commencement of Ogoni cleanup a good move by FG – ERA/FoEN 89 Views 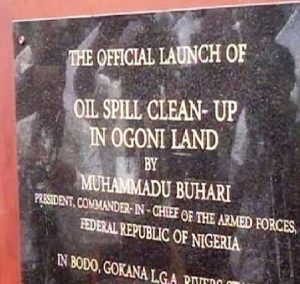 The Environmental Rights Action/Friends of the Earth Nigeria (ERA/FoEN) has commended the federal government for keeping to its promise of commencing the implementation of the United Nations Environment Programme (UNEP) Assessment on Ogoniland from today (June 2, 2016).

President Muhammadu Buhari who was represented by the Vice President, Yemi Osinbajo at the flag –off in Bodo –one of the most impacted Ogoni communities, announced the start of the programme to implement the assessment report which confirmed the devastating extent of oil spills from Shell pipelines in Ogoniland.

The assessment also exposed how Shell systematically failed to carry out properly clean-up of oil spills.

In a statement issued in Lagos, ERA/FoEN said the beginning of the exercise was a welcome development, even as it noted that “no concrete statements” were made by the president at the flag-off exercise in Bodo.

ERA/FoEN Executive Director, Godwin Uyi Ojo said: “No doubt, this administration has shown the political will to right the wrongs that the Ogoni have suffered in the last five years but we are discomforted that the president’s representative did not make any revelations that lifted the hope of the people”

Ojo explained that, “In as much as the president revealed that structures would be set up for the immediate implementation of the report, no definite timelines were set for these structures to be in place to commence work.”

“The steps are not too convincing since no definite date of clean up commencement envisaged. It is still all about piecemeal planning”

The ERA/FoEN boss stressed that for the cleanup to be effective, timelines must be set and that the government must then go ahead to strengthen oversight bodies such as the National Oil Spill Detection and Response Agency (NOSDRA) to be able to fulfil their mandate of holding the oil industry accountable.

He recommended that civil society representatives must also be incorporated in the Governing Council of the implementation committee, in addition to the active engagement of Ogoni communities in the structures to implement the report.

Ojo reiterated that the Ogoni people have waited too long for the cleanup exercise to commence and will not accept shoddy implementation, even as he added that, beyond the initial fund of $1 billion to begin the process of clean up, Shell must be compelled to commit fully to funding the clean-up costs, including but not limited to, the initial fund. This will only happen if the government match words with action. Enough of talking, the cleanup should start now.