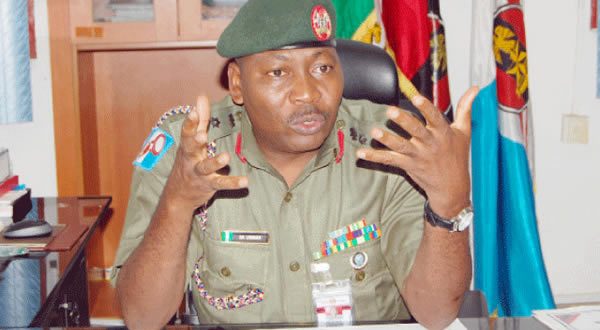 May 30, 2016 Comments Off on We Stopped Avengers Planned Attacks On Oil Installations – Military 8 Views 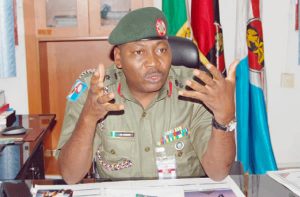 The Acting Director, Army Public Relations, Col. Sani Usman, said in a statement on Sunday that the troops had a gunbattle with the militants in two speed boats while they were on their way to blow up the Agip flow station at Gulobokri, Bayelsa State.

He said that the militants attacked the soldiers who were said to have reacted with superior firepower of the soldiers thereby making the attackers to escape with gunshot wounds.

Usman said that an operative of the Nigerian Security and Civil Defence Corps sustained gunshot wounds and was evacuated for treatment.

He said that the injured NSCDC personnel was in a stable condition.

He said, “Today, 29th May, 2016, in the early hours of the morning, troops of the 343 Artillery Regiment of the 2 Brigade, 82 Division of the Nigerian Army, carried out a patrol within the general area of Gulobokri and Ewelesi, around Brass in Bayelsa State.

“During the exercise, the patrol team had an encounter with some militants in two speed boats with the intent to blow up the Nigerian Agip Oil Company at Gulobokri.

“Unfortunately, a personnel of the Nigerian Security and Civil Defence Corps attached to the team sustained gunshot wound. He has since been evacuated and he is in a stable condition.”

The Acting Army spokesman also said in the statement that another patrol team of the same unit of the 82 Division had another encounter with  some militants on a mission to attack another infrastructure and killed almost all of them.

He said that the soldiers could not ascertain the number of those killed in the attack because of the heavy rainfall and storm at the time of the encounter.

He restated the determination of the troops to sustain the operation against pipeline vandalism in the area.

Meanwhile, the military authorities may have deployed more men in Oporoza in Gbaramatu kingdom of Warri South West Local Government of Delta State.

It was gathered that several soldiers were moved to Oporoza, the hometown of the former leader of the Movement for the Emancipation of the Niger Delta, Chief Government Ekpemupolo, a.k.a.Tompolo,  to reinforce the military presence in the area in the early hours of Sunday.

A source, who confided in our correspondent, said that the soldiers were still occupying the Oporoza Guest House which was said to be bordering the palace of the traditional ruler of the area.

It was further stated that the traditional ruler of Gbaramatu and the members of his family were held up in the palace as virtually everybody had fled Oporoza to Warri and other safer areas.

The source said the troops were holding seven persons but had not moved them to Warri as of the time of filing this  story.

Share
Previous Falana, Rewane, Others React As Buhari Fails To Name Looters
Next One Year Too Short To Assess Buhari –Gbajabiamila