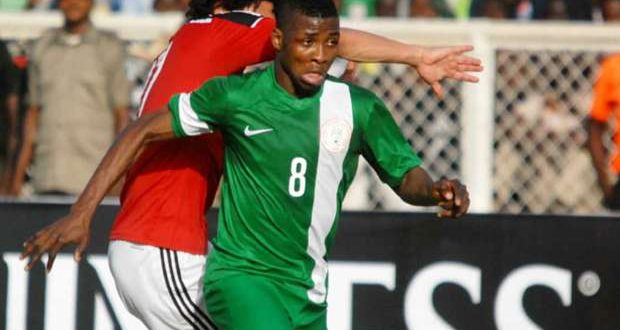 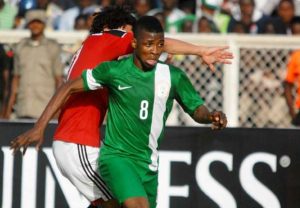 Nigeria on Friday beat Mali 1-0 in a friendly in Rouen,  France. A  goal from Kelechi Iheanacho in the 77th minute settled the match for the Super Eagles.

Nigeria’s interim coach, Salisu Yusuf, gave former Under-17 captain, Musa Mohammed, his first international cap as he fielded a young side in the first half of the match, which also had Arsenal forward, Alex Iwobi, and  Under-23 team  stars Oghenekaro Etebo and Shehu Abdullahi.

Mohammed started in the defence alongside Kingsley Madu, Leon Balogun and William Troost-Ekong while Ogenyi Onazi, who captained the team in the absence of Mikel Obi and Ahmed Musa, was in the midfield with  Abdullahi, Iwobi and Belgium-based Moses Simon. Watford striker, Odion Ighalo, and Etebo started in the attack.

According to Africanfootball.com, the first half ended in a goalless draw as both sides created few scoring chances. The closest Nigeria came to scoring was when Mohammed and Ighalo tried with shots while Mali hardly troubled Carl Ikeme in the Nigerian goal.

But in the second half, Yusuf  substituted Onazi for Raheem Lawal while Iheanacho came on for Iwobi. Babatunde Michael was substituted for Simon while Umar Aminu and Brown Ideye came on for Etebo and Ighalo.

Nigeria will play a second friendly on Tuesday against Luxembourg in Luxembourg City.