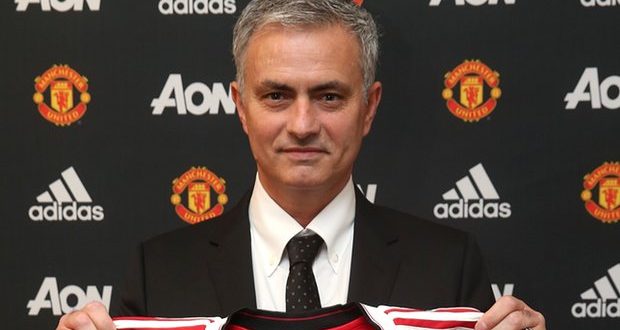 May 27, 2016 Comments Off on Manchester United Appoints Jose Mourinho As New Manager 8 Views 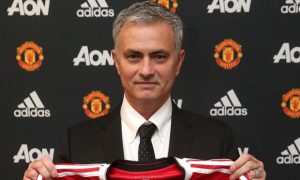 Jose Mourinho has been officially confirmed as Manchester United manager and has signed a three-year contract. He replaces Dutchman Louis van Gaal, who was dismissed on Monday, two days after the club’s FA Cup win.

Mourinho, 53, said: “To become Manchester United manager is a special honour in the game. It is a club known and admired throughout the world.”

He said he had always “felt an affinity with Old Trafford” and claimed he has “always enjoyed a rapport with the United fans”. He added: “I’m looking forward to being their manager and enjoying their magnificent support in the coming years.

“There is a mystique and a romance about it which no other club can match.”  Mourinho posted a photograph of the contract soon after his appointment was confirmed

Mourinho has been out of work since being sacked as boss of Premier League rivals Chelsea in December. “His track record of success is ideal to take the club forward,” said Woodward.

“He has won trophies and inspired players in countries across Europe and, of course, he knows the Premier League very well, having won three titles here.”