May 27, 2016 Comments Off on Korean Plane Catches Fire At Tokyo International Airport. 8 Views

It was said that the fire occurred on the aircraft’s left wing, but the about 320 passengers on board were evacuated without injuries before takeoff at Haneda Airport. The fire was promptly extinguished on site, according to the report. 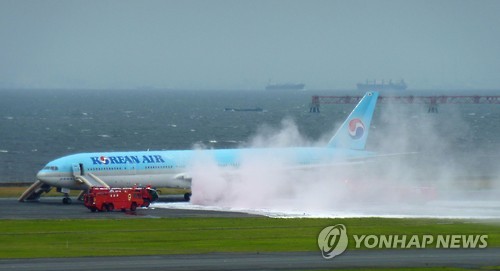 The left wing of the plane bound for Seoul caught fire before takeoff, but all 319 passengers and crew were safely evacuated, according to the Japanese news agency.