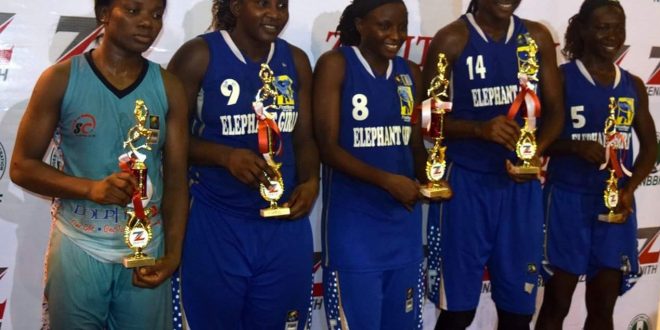 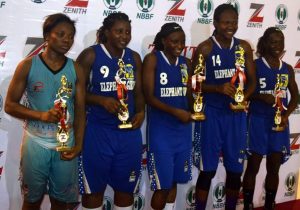 FirstBank’s Women Basketball Team – The Elephant Girls – has won the 2015/2016 Zenith Bank Women’s Basketball Championship for the seventh time. The tournament which dunked off on March 18, 2016 saw the Elephant Girls maintain a perfect start and take the lead in every game across the Federal Capital Territory, Asaba, and the finals in Lagos. The team maintained an unbeaten run to reclaim the trophy from Dolphins FC, the defending champions of the tournament. The route to victory for the Elephant Girls was spurred by their wallop of the AHIP Queens of Kano in the quarter finals by 106-38; they mauled the IGP Queens by 105-22 in the semifinal game and dethroned Dolphins FC with a final scoreline of 75 – 60.

According to Ms. Barbara A. Harper, the Chairman of FirstBank Sports Governing Council, who is also the Group Head, Human Capital Management and Development, the Bank is immensely proud of the Elephant Girls, who out dunked opponents and took control of the game from the blast of the whistle to the end of the game. “We also commend the efforts, tactics and game plans of the technical crew led by Coach Peter Ahmedu” she stated. 4 members of the team also made the top five best players in the championship. They are Magdalene Ukato, Nkechi Akashili, Chioma Udeaja and Okpe Atosu. Nkechi Akashili was voted the Most Valuable Player of the tournament.

Zenith Bank Women Basketball League is in its 12th edition and the Elephant Girls have won the championship for the seventh time. The FirstBank team is presently the FIBA Africa Zone 3 Champion and they were also champions of the FIBA Africa Women’s Clubs Champions Cup in 2003 and 2009. In 2003, the Elephant Girls represented Nigeria at the International Women Basketball Competition held in Brazil.

FirstBank through its First@sports initiative is committed to the development of sports in Nigeria and grooming talents to achieve their dreams in different sporting fields. Some of the Bank’s partnerships include golf, polo, tennis and athletics. The Bank recently announced Blessing Okagbare, Nigeria’s Queen of Track and Africa’s fastest woman as its brand ambassador.

Share
Previous FG Is Looking For Money To Run Nigeria- Amaechi
Next Forex Scarcity: Marketers Still Depend On NNPC