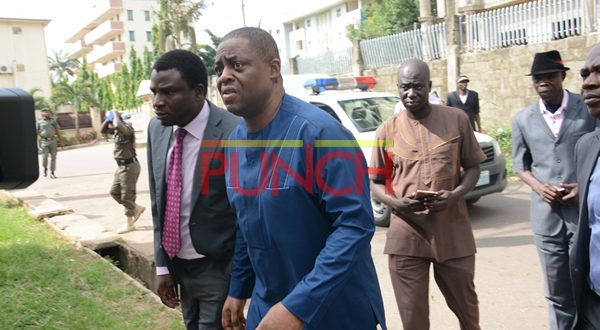 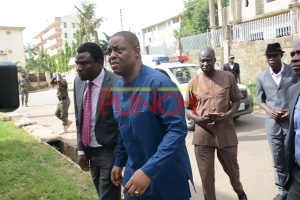 The Economic and Financial Crimes Commission has transferred a former Minister of Aviation, Chief Femi Fani-Kayode, to its Lagos office.

The EFCC also obtained a fresh remand order from a Lagos Magistrate’s Court to hold the ex-minister for another 21 days.

Fani-Kayode, who was the spokesman for the Goodluck Jonathan Campaign Organisation was arrested on May 9, 2016 for allegedly receiving N840m during the build-up to the 2015 presidential election.

According to the EFCC, the money which Fani-Kayode admitted to receiving, emanated from the account of the Central Bank of Nigeria.

The anti-graft agency also froze Fani-Kayode’s bank account and seized his passport in the course of its investigations.

In Lagos, a Chief Magistrate, Mrs. Bola Osunsanmi, on Monday ordered the further remand of Fani-Kayode for additional three weeks in the custody of the EFCC.

The remand order was pursuant to an application by the EFCC on Monday, praying the magistrate for an order to keep Fani-Kayode in its custody pending when he would be arraigned before the proper court upon conclusion of investigations.

Counsel for the EFCC, Mr. A.N. Anana, told the magistrate that the order to remand Fani-Kayode was being sought under the provisions of Section 261 of Administration of Criminal Justice Law of Lagos State, 2011.

“We have an application before the court dated May 10 for an order of remand brought pursuant to Section 261 of ACJL; attached with it is a nine-paragraph affidavit of urgency deposed to by one Tosin Ngbodagha,” Anana told the magistrate when the case was called at about 12.pm on Monday.

But in opposition to the EFCC’s prayer, Fani-Kayode’s  lawyer, Mr. Wale Balogun, accused the anti-graft agency of acting illegally and breaching the constitutional rights  of his client, who, he claimed, had been granted an administrative bail on May 12 by the EFCC and ought to have been released to enjoy the bail.

Besides, Balogun contended that the EFCC ought to release his client since the remand order made by an Abuja chief magistrate to remand him for 14 days had lapsed.

“We are asking the court that the defendant cannot be remanded in view of the fact that the matter is pending before the high court on the same subject, under the Criminal Justice Act of Lagos. It is a breach of the constitution. They granted him bail but refused to release him,” Balogun added.

But after standing the matter down for some time, the magistrate, in a ruling delivered at about 2.07pm, said the defence counsel had placed no evidence before the court to prove that the case was already before the high court.

She granted the application by the EFCC to remand Fani-Kayode for three weeks pending when he would be arraigned before the proper court.

However, Fani-Kayode’s spokesman, Mr. Jude Ndukwe, described the investigation of the ex-minister as a witch-hunt.

In a statement on Monday, Ndukwe said it was unfortunate that the EFCC had sacrificed professionalism on the altar of politics.

He said, “Despite having been served court notices for the enforcement of his fundamental human rights, the EFCC sneaked Chief Fani-Kayode into an Ikeja magistrate court and obtained a highly contentious warrant to keep him in their custody for another three weeks even though the EFCC requested for a 30-day remand warrant.

“Chief Fani-Kayode’s lawyers had served the EFCC the court notices from a Federal High Court in Abuja on Friday, May 20, 2016, but to our consternation, he was whisked to Lagos last Thursday and taken to an Ikeja Magistrate’s Court on Monday where they applied to keep him for another 30 days.

“This is a gross abuse of court processes and a denial of his fundamental human rights. It is even most shocking that the EFCC attempted to take him to the magistrate court without notifying his lawyers or family members. His lawyers had to go from court to court in Lagos searching for the venue of the court proceedings before they eventually traced it to Ikeja.

“This type of treatment to any citizen of our nation especially in a democratic era is, to say the least, inhuman.”

Ndukwe alleged that the commission had concluded investigations into the ex-minister but were only keeping him in custody in order to punish him.