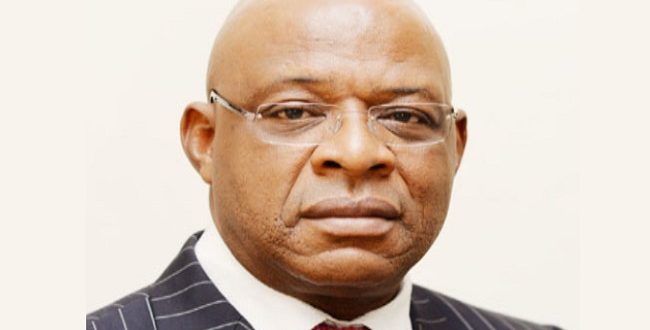 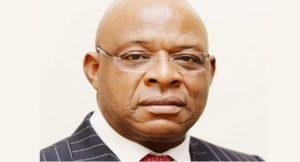 Jailed former Director-general of the Nigerian Maritime Administration and Safety Agency (NIMASA), Mr. Raymond Temisan Omatseye, has filled appeal against a five year sentence earlier handed to him by the Federal High Court sitting in Lagos, last week.
Omatseye who was arraigned before the court on a 27-count charge bordering on alleged contract variation, bid rigging and awarding contract above his approval limit, was sentenced by Justice Rita Ofilli-Ajumogobia, without an option of fine.
But Omatseye’s lawyer, Mr Edoka Onyeke argued that while contract splitting exists in law, approval above threshold does not exist.
Incidentally, the judge did not consider that the former DG of the Bureau of Public Procurement, BPP, Engr. Emeka Ezeh had in a letter cleared Omatseye of any wrong doing when he wrote to the former President Goodluck Jonathan about three years ago.
The former NIMASA boss in the appeal by his lawyer,  Edoka Onyeke,  is arguing that he was persecuted and not prosecuted, stressing that contract splitting though existing in the law, the approval above threshold does not exist.
The lower court in its judgment noted that the embattled former DG of NIMASA was on suspension.
According to Onyeke, “Interestingly, the judge who had been transferred to the Kwara State jurisdiction threw out a January 23, 2013 letter from the Bureau of Public Procurement, BPP, which cleared Omatseye of any wrong doing while in the agency.
The letter addressed to former President Goodluck Jonathan, signed by  Emeka Ezeh, former DG of BPP informed the president that after a scrutiny of the case, the Bureau was of the view that the 27 count charges were breaches brought under sections of the procurement Act that deals with administrative breaches rather than real offences under the Act that can attract conviction or sanctions from the regular courts.
“However in delivering the judgment, Justice Ofili-Ajumogobia surprisingly jettisoned the report admitted as evidence in court, while relying on a secret circular issued in 2007 by the Office of the Secretary to the Government of the Federation.
“She discharged and acquitted Omatseye on a three count charge bordering on contract splitting, while sentencing him to five years imprisonment on 23-count charge of N2.5million approval above his threshold, which doesn’t exist in law” he said.
Post Views: 0