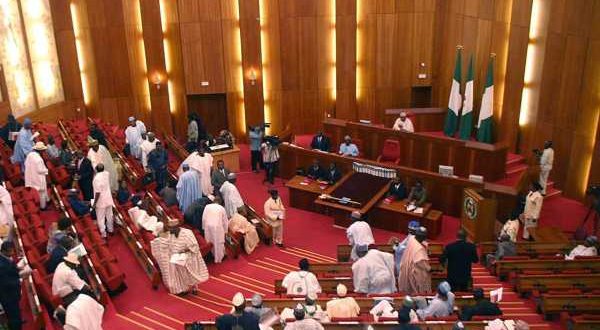 May 18, 2016 Comments Off on Senate Throws Out Anti-social Media bill 10 Views 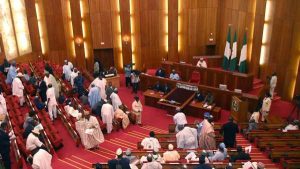 THE Senate, yesterday, bowed to pressure from Nigerians and threw out the controversial Frivolous Petitions Bill, otherwise known as anti-social media bill.

Following the presentation of the report on the bill by the Chairman, Senate Committee on Judiciary, Human Rights and Legal Matters, Senator David Umaru (APC, Niger East), yesterday, the Senate withdrew it from further legislative consideration.

In the report, Senator Umaru said the committee recommended that the controversial bill be withdrawn, stressing that if passed into law, it would affect the anti-corruption war of the Federal Government and do more harm than good to President Muhammadu Buhari’s government.

The recommendation, which was in two short paragraphs, read: “The Committee on Judiciary, Human Rights and Legal Matters to which was referred a Bill for an Act to Prohibit Frivolous Petition, and other Matters Connected therewith, having considered same, reports negatively thereon and accordingly recommends that the Senate withdraws the bill.”

The chairman also argued that the passage of the bill would conflict with some provisions of extant acts, penal code, criminal code and the cyber crime act which have sufficient provisions to address the issues that the Frivolous Petitions Prohibition Bill sought to address.

It would be recalled that the Frivolous Petitions Bill, 2015, (SB. 143) was sponsored by the Deputy Senate Leader, Senator Ibn Na’Allah. The bill was read the first time on Thursday, November 24, 2015. On Wednesday, December 2, 2015, Senate debated on the general principles of the Bill and after extensive deliberations, it was read the second time and referred to the Senate Committee on Judiciary, Human Rights and Legal Matters and vide Order of Reference dated December 3, 2015, the committee was asked to report back with its recommendations.