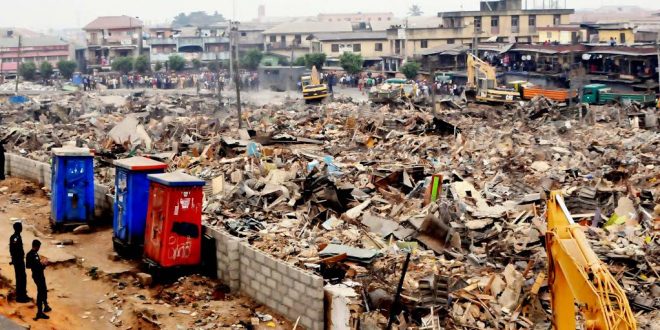 Oshodi Will Get New Interchange In 15 Months – Ambode 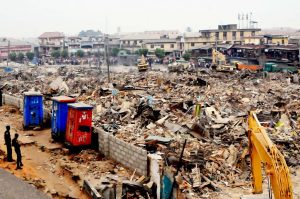 The Lagos State government has said it would construct an interchange at Oshodi as part of its plans to turn the area into a “world class business district”.

Governor Akinwunmi Ambode stated this during a forum organised by the state’s Ministry of Physical Planning and Urban Development on the planned redevelopment of Oshodi, a statement by his Chief Press Secretary, Mr. Habib Aruna, said.

The interchange, scheduled to be completed in 15 months, will consolidate the 13 city and interstate parks in Oshodi into three multi-story bus terminals, Ambode who was represented represented by the Commissioner for Waterfront Infrastructure Development, Engr. Adebowale Akinsanya, said.

According to the governor, the project is in line with his administration’s determination to transform Oshodi into a world class with business, travel and leisure activities conducted in a serene, secure, clean, orderly and hygienic environment.

“The Oshodi you see today shall be a thing of the past in the next 15 months as a world class transport interchange will be coming up,” he said.

The Special Adviser to the Governor on Urban Development, Mrs. Yetunde Onabule, said Oshodi currently accommodates about one million pedestrians and 100,000 passengers daily, accessing the 13 parks scattered within the area.

She added that 76 per cent of the area was dedicated to transport and related activities, which led to serious traffic congestion and other environmental issues.
The new plan, she said would address environmental challenges in the area and lead to a drop in crime.
“This plan would see the total rebranding of the old Oshodi, thus turning Lagos into a befitting and an iconic international gateway to the rest of the world,” she was quoted as saying.

“It would also ensure an organised transport system that will ensure free flowing traffic.”
According to Onabule, the project is a Public Private Partnership initiative between the Lagos State Government, represented by Ibile Holdings, Translink Capital Development Limited and Planet Projects Limited.

Among other things, she said the interchange,” would also come with accessible walkways and pedestrian bridges and a state-of-the-art sky-walk to link all the three terminals, introduction of bus lanes, lay-bys, introduction of green parks to soften the environment and proper waste management strategy, fencing, street lighting and a dedicated security team for Oshodi including surveillance tower, CCTVs and the likes.”