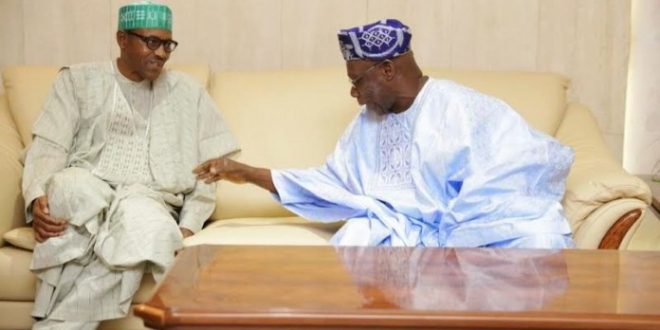 May 15, 2016 Comments Off on Buhari Not Sound In Economy, Foreign Affairs —Obasanjo 16 Views 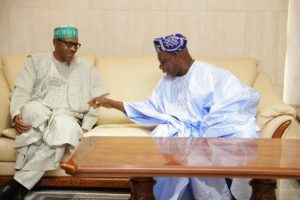 Former President Olusegun Obasanjo says President Muhammadu Buhari may not do well in economy and foreign affairs, except in military matters.

“Buhari is not a very hot person on the economy and foreign affairs,” Obasanjo said.

While reacting to a question posed to him by a member of the audience: “Is there any hope for Nigeria under the administration of President Muhammadu Buhari?”, Obasanjo replied, “Is there any hope for Nigeria under this administration? I came back from Geneva, Switzerland a few days ago to attend a conference titled, ‘Are elections giving democracy a bad name?’ We had an election, we elected a leader and the good thing about democracy is that the power you have to elect a leader is also the power you have to remove him. I am saying this because I said earlier that if you don’t see any leader that has done well in the 56 years of Nigeria’s independence, then let us forget about Nigeria.

“I will tell you what I know and I will tell you what I don’t know. I know Gen. Muhammadu Buhari. He served under me in the military. His characteristics that I know, his behaviour that I know, he has not deviated from them. He was never a perfect man, he is not a perfect man and no leader can ever be a perfect man because they are human beings. But if you read my book, what I said about him is correct. He is not a hot person when it comes to economy. He is not a very hot person when it comes to foreign affairs. But he will do well in matters of military and he will do well in fighting Boko Haram.”

The former president also said he tried his best in fighting corruption, especially in the recovery of funds looted by the late Gen. Sani Abacha and that as of the time he left the government, about $1bn was still to be recovered.

Obasanjo said, “For me, we have no hope if we have no future. I am an optimist as far as Nigeria is concerned. If somebody doesn’t get it all right for now, we will get somebody who will come up and fix whatever is missing. The administration before this had no clue on how to deal with Boko Haram, there is no doubt about that.

“You may not like the way he (Buhari) is fighting corruption. I fought corruption. We recovered over $1.25bn from Abacha and his men. We didn’t make noise. Also, we recovered £100m and about N30m and those who were helping us, the lawyers and the rest said there was still at least $1bn to be recovered at that time. I put it in my handover notes. But rather than encourage scrupulous persons, we had another spate of corruption.”

Obasanjo added that fighting corruption would not be effective if it did not translate to better life for the citizens.

He said, “Fighting corruption is not a one-day or a one-regime affair. If where we left it, they continued, we would have gone far. For me, the questions are: Is corruption being fought? And if it is being fought, is it being effectively fought? Are we getting the desired results? And if we are getting the desired results, what impact is it having on our society and on our nation?”

They both said if Africa was to experience any development, leaders must match their words or policies with action.