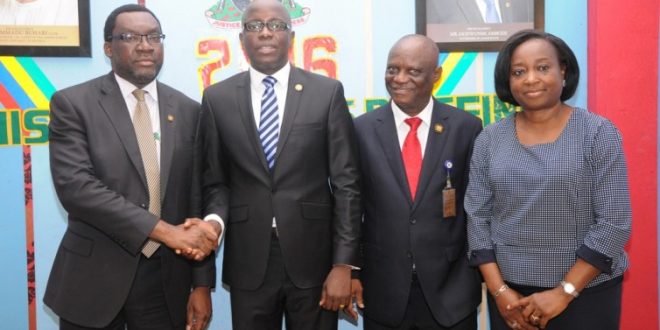 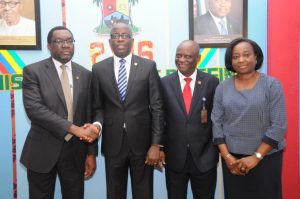 The Lagos State Government generated a total revenue of N101.69bn in the first quarter of 2016 out of which a surplus of N4.85bn was realized as against an expected N29.92bn deficit, the State’s Commissioner for Economic Planning and Budget, Mr. Akinyemi Ashade said on Monday.

Speaking at the ongoing Ministerial Press Briefing held at the Bagauda Kaltho Press Centre in Alausa, Ikeja to commemorate Governor Akinwunmi Ambode’s first year in office, Ashade said the generated revenue was above that of 2015 which stood at N97.28bn in the first quarter, adding that in absolute terms, the revenue performance was N4.4bn more than comparative period of 2015.

Ashade said the remarkable feat was achieved despite the diminishing statutory allocation from the federation account, adding that same was due to Governor Ambode’s purposeful and visionary leadership.

He expressed optimism that with the implementation of multiple revenue collection channels and broadening of the revenue base, the State Government would achieve tremendous progress in its revenue drive.

“This performance was N6.67bn more in absolute terms compared to corresponding period in Y2015 and due largely to more participatory structural and systemic re-engineering.

“Over the course of the first quarter of Y2016, Federal transfers contributed N25.64bn (83 percent of the estimate for the quarter) and accounted for 25.21 percent of total revenue. Further breakdown showed that statutory allocations contributed N7.48bn while VAT contributed N18.16bn,” Ashade said.

Speaking on performance of capital expenditures for the period under review, the Commissioner explained that in the regard, the government expended N48.88bn on capital projects which represented a 51 percent better performance of N15.08bn (24 percent) as at the first quarter of 2015.

He also revealed that as at the end of first quarter of 2016, the ratio of capital expenditures to recurrent expenditures closed at 50:50, better than a ratio of 21:79 recorded for the same period in 2015 but short of the ratio of 58:42 projected for 2016.

He, however, expressed optimism that capital expenditure performance would experience significant improvement in the second quarter of 2016 based on the projections and expectations of revenue inflows.

Ashade, whose Ministry is also responsible for managing the State’s existing relationships with development partners as well as identify new potential ones to drive further development, disclosed that the State Government has gone into partnership with the Japanese International Cooperation Agency (JICA) to invest in a possible monorail project that will link Marina to Oniru in Victoria Island and Ikoyi, and later connect to the Lekki Rail Line project which is also in the works.

He clarified that the monorail project is an urban mass transportation project different from the ongoing Blue Line Rail project that will connect Mile 12 to CMS, and the Red Line Rail Project.

According to him: “A detailed feasibility study has been commissioned on the monorail project to validate the initial survey, which will eventually lead to an investment of US$1billion (about N300billion) in the project if the results of the feasibility study are positive, amongst other conditions.”

Ashade further disclosed that under the Eko Urban Project, the State Government, in partnership with the Agence Francaise De Development (AFD) would soon embark on the upgrade of slums in Amukoko in Ajeromi/Ifelodun Local Government Area of the State and Ilaje-Bariga in Bariga Local Council Development Area of the State, as well as the provision of modern waste disposal facility in Epe.

He said projects would soon take off as the AFD has already committed a US$100m loan for the projects, while the State Executive Council has equally approved the upgrade of the slums.