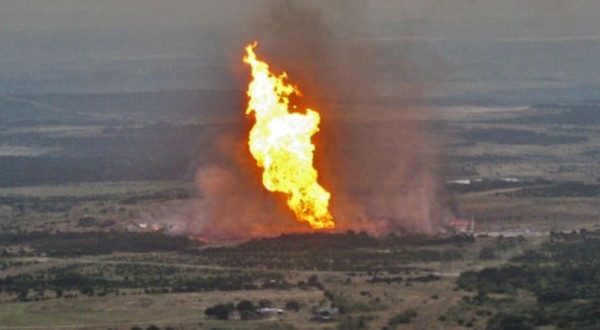 May 7, 2016 Comments Off on Militants Blow Up Pipelines Linking Warri, Kaduna Refineries 24 Views 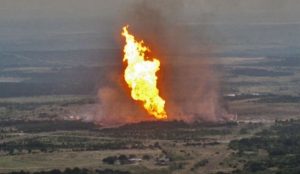 Another attack by suspected militants in the Niger Delta on two pipelines conveying crude oil and gas are threatening the operations of two of the nation’s refineries and power plants.

The attack comes a day after Chevron’s Okan offshore production platform around Escravos in Warri, Delta State was blown up, a development that led to the shutdown of the facility by the oil major.

On Thursday night, a pipeline transporting crude oil to Warri and Kaduna and a 16-inch gas line, owned by the Nigerian National Petroleum Corporation, were blown up.

A group known as Niger Delta Avengers has claimed responsibility for the explosion.

It said in a statement on its website, “To keep to our promise, the three days ultimatum given to Chief Government Ekpemupolo has elapsed and he failed to apologise to the Niger Delta Avengers, at 10:00 pm Thursday, May 5, 2016, our strike team 4 hit the Nigerian National Petroleum Corporation crude and gas lines.

“The crude line feeds the Warri and Kaduna refineries respectively, while the gas line feeds the Lagos and Abuja electricity power supply. With this development the Warri and Kaduna refineries will be shut down and all cities that depend on the gas line for power will all be in total darkness like the creeks of the Niger Delta.”

Confirming the development on Friday, an NNPC source told one of our correspondents that the crude pipeline runs from the Escravos terminal to the Warri refinery, from where a pipeline supplies crude oil to the Kaduna refinery.

He said, “The 16-inch pipeline comes from Chevron’s Escravos gas plant. There are two pipelines that come from Escravos and one (Escravos-Lagos Pipeline System) ends up in Lagos. That pipeline has two parts. There is a main part, which was bombed in January, while there is a 16-inch loop. When the big one was bombed in January, Chevron switched to that loop, which is smaller. Now, they have blown that loop also, meaning Chevron has to shut down because they can’t send their gas and even condensates.

The source stated that the damage to the Chevron’s Okan offshore platform on Wednesday night had already cut supply of associated gas from the Okan field.

Meanwhile, electricity generation from the nation’s biggest power station has plunged to 220 megawatts, compared to 1,085MW on March 15, 2016.

Generation from the national grid dropped to 3,183.9MW as of 6.00 am on Thursday, May 5, with Egbin installed capacity put at 660MW, according to industry data obtained by one of our correspondents on Friday.

The Egbin Power Plant, which is situated in Lagos, has the capacity to contribute about 1,320MW to the national grid. Output from the plant stood at 220MW on Thursday.

Its unit ST1 was said to have tripped on generator CB trouble, while ST2 tripped on undisclosed fault.