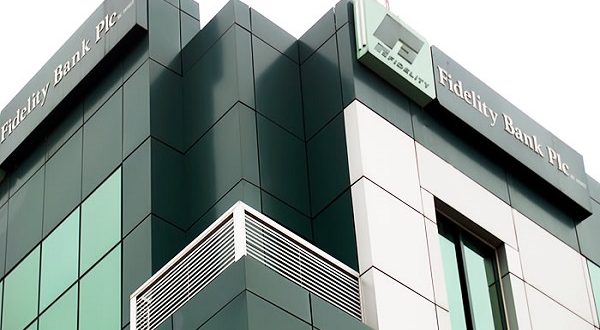 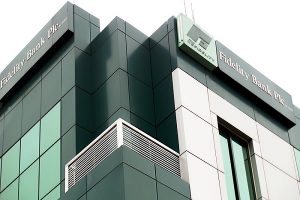 The Board of Directors of Fidelity Bank Plc has appointed the Executive Director, North, Alhaji Mohammed Balarabe, as the Acting Managing Director/Chief Executive of the bank with immediate effect subject to regulatory approval.

The appointment, according to a statement by the bank on Monday, follows the absence of the Managing Director/Chief Executive Officer, Mr. Nnamdi Okonkwo, who was last week arrested by the Economic and Financial Crimes Commission alongside some officials of the bank for allegedly receiving $115m (N23bn) from a former Minister of Petroleum Resources, Diezani Alison-Madueke, to prosecute the re-election of former President Goodluck Jonathan.

The bank, however, reassured the over 400,000 shareholders and 3.4 million customers of its continued seamless services.

The EFCC also arrested the bank’s Head of Operations, Mr. Martins Izuogbe, for his role in the alleged scam, which the anti-graft agency described as unprecedented.

During the build-up to the 2015 presidential election, Alison-Madueke allegedly invited Okonkwo to help her handle some cash, which would be disbursed to electoral officials and groups.

A source disclosed that the fraud was uncovered when the EFCC began investigations into how officials of the Independent National Electoral Commission in Rivers, Delta and Akwa Ibom states received N675.1m.

The detective said, “The MD of Fidelity Bank has been arrested and is currently in our custody. During investigations into the INEC Resident Electoral Commissioners, we got a major breakthrough as funds disbursed were traced to Fidelity Bank.

“We invited the MD, who then confessed to us that during the build-up to the presidential election, Diezani invited him to a meeting in Abuja. Diezani told him that some companies would deposit some funds in his bank and that she would give him further instructions on how the funds would be disbursed.

The source alleged that Diezani’s son, Ugonna Madueke, later served as a middleman between the former minister and the MD of the bank.

He said it was Diezani’s son who forwarded the names of the beneficiaries of the funds, which included INEC officials and several interest groups as well as election monitors, who were expected to compromise the electoral process.