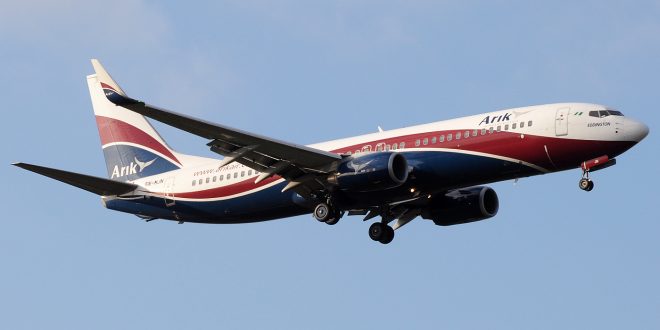 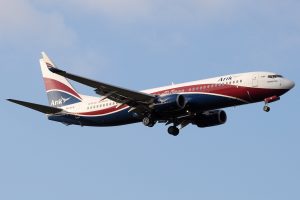 Bi-Courtney Aviation Services Limited (BASL), the operator of the Murtala Muhammed Airport Two (MMA2), Lagos, has claimed that Arik Air’s alleged N12.5 billion indebtedness, which led to the disruption of its operations in Lagos and Abuja by aviation workers on April 20, 2016, was part of its (Bi-Courtney) legitimate revenue that the Federal Airports Authority of Nigeria (FAAN) continued to appropriate despite several legal pronouncements.

But Arik Air management in a counterclaim insisted that it paid FAAN over N18.5 billion since it started operation in 2006, which the agency was yet to respond to.

However, Bi-Courtney, in a statement signed by its spokesman, Aderemi Ladigbolu, insisted that the major domestic carrier ought to pay its debt to the company because the facility in which it is operating in (the General Aviation Terminal (GAT) belongs to the company as enshrined in the agreement the later had with FAAN and the federal government.

“We want the public, particularly relevant stakeholders, to note that the country’s law recognises Bi-Courtney as the genuine owner of GAT, thus, making FAAN’s continuous operation of the terminal illegal and a clear violation of the laws of the Federal Republic of Nigeria.

“FAAN however, continues to defy the laws of the land. It has openly and recklessly denied our company 60 per cent of its revenue by its continuous illegal operation of the GAT as a competing terminal to MMA2 even after an Arbitration Panel, a Court of Law and an Appeal Court had ruled in our favour,” Bi-Courtney said.

The company noted that all revenues, such as passenger processing charge, space rental, fuel surcharge and others, which FAAN had been collecting and continues to collect from its unlawful operation of the GAT, including the N12.5 billion in contention between FAAN and Arik Air, belong to Bi-Courtney.

“The implication of this is that both FAAN and Arik Air are indeed fighting over monies that lawfully belong to Bi-Courtney Aviation Services Limited.

“We also wish to categorically confirm that all the airlines operating at the GAT are actively involved in FAAN’s act of illegality, because they are all aware of the position of the law in respect of the ownership of the terminal. It was, therefore, shocking to hear the Managing Director of Arik Air, Mr. Chris Ndulue, in an interview in THISDAY of April 29, titled: ‘Ndulue: Charges on Airlines should be done Transparently,’ accused FAAN of disregarding specific orders of the court and perpetrating acts of illegality against his company,” Bi-Country said.

The company added that it was surprising to hear Arik Air, which had hitherto supported FAAN in all the latter’s obvious injustice towards Bi-Courtney and outright disobedience to court orders, complaining and now turning round to accuse the same FAAN of arbitrariness and disdain for the rule of law.

“One wonders what went wrong with the romance of the two,” the company said.

Bi-Courtney said it was the hope of the company that this development would serve as a wake-up call to other airlines, service providers and businesses operating at the GAT to the risk they are exposing themselves to due to their continued recognition of FAAN as the operator of the terminal, despite the well-publicised position of the nation’s law on the matter.

“It is public knowledge that the various court judgments on the issue, including the arbitration panel, which first adjudicated the dispute between Bi-Courtney and FAAN, on the terms of the concession agreement for the reconstruction and operation of MMA2, “unambiguously affirmed Bi-Courtney’s ownership of the GAT. There is a subsisting judgment of N132 billion in favour of Bi-Courtney, which FAAN has refused to honour due to its blatant disregard for the laws of Nigeria. This judgment was obtained in 2012. This amount four years on would have increased.

“Particular judgments confirming the owner of GAT as Bi-Courtney include the 2009 ruling of Justice J. Chikere of the Abuja Federal High Court in Suit No. FHC/ABJ/CJ/50/2009. The same judgment was reaffirmed in a ruling on February 13, 2013 by Justice A.R. Mohammed of the same court in a suit filed by FAAN and the Ministry of Aviation, asking the court to declare that they were not bound by the ruling of Justice Chikere. Justice Mohammed, in his ruling, had stated categorically that by suing the Attorney-General of the Federation, Bi-Courtney’s suit was binding on all agencies of the federal government,” the company said.