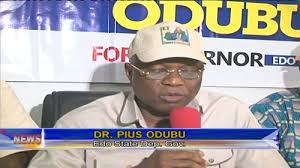 May 1, 2016 Comments Off on Edo Deputy Governor Escapes Assassination 21 Views 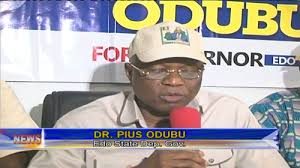 It was gathered that a policeman, an operative of the Department of State Security and three other persons were injured during the attack and were taken to an undisclosed hospital.

Odubu had last Wednesday formally declared his intention to contest the September 10 gubernatorial election in the state under the All Progressives Congress amidst wide speculation that his decision did not go down well with Governor Adams Oshiomhole.

It was learnt that the former lawmaker had earlier been denied access to the party’s secretariat in Fugar, allegedly on the instruction of an official at the Government House.

Odubu was expected to meet with party delegates from the area but met the secretariat locked.

The situation was said to have angered some delegates, who later forced the gate open to enable the deputy governor meet with them.

He was said to have left for Auchi and was meeting with some delegates when the gunmen suddenly appeared, firing gunshots at his convoy.

A source, who did not want to be mentioned, told our correspondent that Odubu was not injured in the attack.

“No, he was not injured but two our security men were injured. It was in Etsako West, in Auchi.

“We ran for our dear lives. They injured a policeman, an SSS operative and three civilians and destroyed canopies. We learnt that they were paid N1m to carry out the attack,” the source said.

Efforts by our correspondent to reach the Police Public Relations Officer, Mr. Osifo Abiodun, were not successful.

A police source confirmed the attack.

He said, “It is true from the information we have heard.