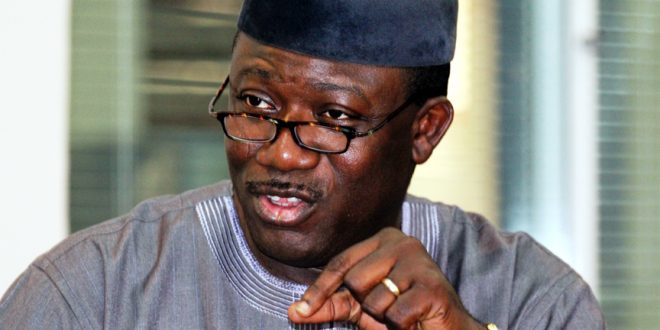 April 30, 2016 Comments Off on Economic Crises: Era Of Lip Service To Economic Diversification Over – Fayemi 7 Views 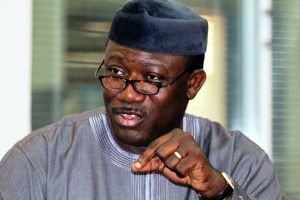 The former Ekiti state governor, also said the era of paying lip service to the diversification of the economy was over. stressing Fayemi disclosed these yesterday while delivering 3rd edition of Chief (Dr.) John Agboola Odeyemi Annual Lecture with the theme: “Harnessing Our Natural and Cultural Heritage for National Development”, at the Conference Centre and Guest Houses, Obafemi Awolowo University, Ile Ife.

According to him, many states had to go to the federal government cap in hand to beg for funds over their inability to pay salaries suggested that an urgent need for economic diversification.

He added that for several decades, policy makers and observers warned that the country’s continued dependence on oil as the mainstay of her economy was bound to jeopardize her long term economic growth and development.

The minister said the country now faces a future in which crude oil either ceases to be a strategic resource or one in which her status as a producer becomes irrelevant to her prospects for economic advancement with in the international economic environment.

Making case for solid minerals as alternative to oil, Fayemi said President Mohammadu Buhari often said that he wants the sector to be a key source of economic growth and diversified revenue base for Nigeria.

“Indeed President Buhari has stated clearly that our goal is to build a more diversified economy in which oil remains important, but its share of the overall portfolio of revenue sources declines as the whole pie grows bigger”, Fayemi added.

He averred that major stakeholders in the solid minerals sector, the Association of Metal Exporters of Nigeria, stated that the country can generate at least N5 trillion annually from mining and exporting of its vast solid mineral deposits.

“This with several multiplier effects on job creation, state development and social infrastructure that could position the solid minerals sector as the main catalyst for national development”, the minister posited.

In his remarks, Ooni of Ife, Oba Enitan Adeyeye Ogunwusi, said the country has lost its morals values and urged those in positions of authority to always give hope to the led, calling for value reorientation.