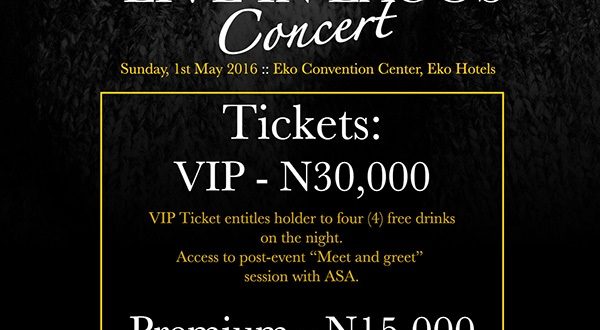 On May 1, 2016 the city of Lagos will witness the mother of all concerts as one of Afric’a greatest music exports, Asa holds her first ever” Asa Live In Lagos” concert.

The award-winning artist has 3 albums to her credit- “Live In Paris”, “Live In Tokyo” DVDS and  the latest released “Bed of Stone”

The concert will hold at the Eko Convention Center of Eko Hotels, Victoria Island, Lagos.

According to the organizer, the regular ticket is N10k, Premium, N15k and VIP N30k