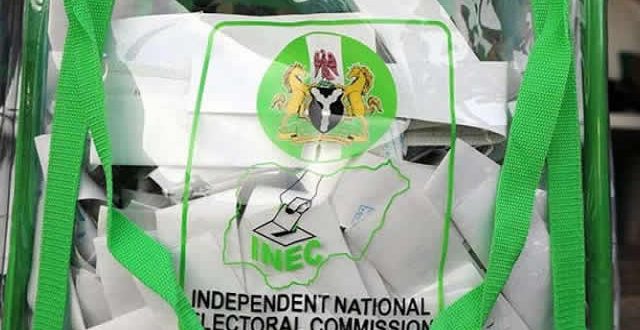 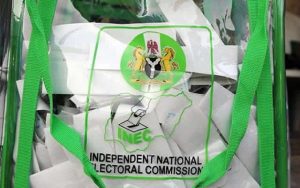 The Economic and Financial Crimes Commission has found over N675.1m in the bank accounts of different Independent National Electoral Commission officials in Rivers, Akwa Ibom and Delta states.

According to the anti-graft agency, the money was received and shared by the officials during the last governorship elections.

Our correspondents gathered that the Resident Electoral Commissioner in the 2015 election in Rivers State, Mrs. Gesila Khan, and other officials of INEC are already in EFCC custody. Khan was quizzed by the Department of State Services in July last year but was never charged.

However, SUNDAY PUNCH learnt that Khan and four others were arrested on Thursday, by the zonal office of the EFCC in Port Harcourt, the Rivers State capital.

The residences of all the suspects were subsequently searched and incriminating documents were said to have been recovered by the commission.

According to impeccable sources at the EFCC, Khan, who is now the REC in Cross River State, allegedly received N185.8m ahead of the March 28 and April 11, 2015 election.

A source at the EFCC, who did not want his name in print, said Khan had made confessional statements and was cooperating with the commission.

He alleged that Khan received money through a special bank account and the commission had received overwhelming evidence.

He said, “Khan was the REC in Rivers State in 2015 election before she was transferred to Cross River early this year. She was said to have received N185.8m. She has made confessional statements.”

The anti-graft agency also arrested one Edem Okon Essanga, who is a retired INEC official. Essanga was arrested alongside his alleged accomplice, Immaculata Asuquo, who is the Head, Voter Education, INEC, Akwa Ibom State.

Essanga was alleged to have received over N240m which he shared among INEC ad hoc workers during the last election.

“Essanga received N241.1m during the general election. He admitted receiving the money and confirmed sharing it with different ad hoc workers during the election. His accomplice Asuquo has also been arrested,” the source added.

The source also disclosed that the EFCC had arrested one Fidelia Omoile who was the INEC electoral officer in Isoko-South Local Government Area, Delta State.

Apart from tracing over N112m to her, the commission also recovered some sensitive electoral materials during a search of her apartments in Edo and Delta states.

“She received N112.4m during the 2015 general election. A search warrant was executed at her residences in Asaba and Benin. Sensitive materials used in the 2015 elections were recovered, including evidence of the suspicious bank transaction and land documents that will assist us in our investigations,” the source said.

The commission also arrested one Oluchi Obi Brown who was the INEC administrative secretary in Delta State. She allegedly received over N111m.

Further investigations by detectives revealed that Brown had about $75,000 in an account in the United States.

“Oluchi received N111.5m during the general election. Investigations showed that she operates a foreign account with the Bank of America. As of February this year, the account balance was $75,857, (N24, 274,240),” the source added.

The sum total of the money found in the bank accounts of the INEC officials is N675.1m.

When asked if the anti-graft agency had recovered any funds, the source said efforts were being made to recover the funds in Nigeria and abroad.

He said the commission was banking on using the confessional statements of the suspects to catch the ‘big fish.’

But the INEC has claimed ignorance of the development, saying it is not sure of the story.

The  Deputy Director of Publicity and Voters Education of the commission, Mr. Nick Danzang, told our correspondent that he was unable to either confirm or deny the story.

“I’m not in town, but I have made calls. Nobody seems to know what is happening,” he said.

All attempts to get the Akwa Ibom State Commissioner for Information and Communications, Mr. Aniekan Umana, to react to the matter proved abortive as he turned down calls from our correspondent. He did not also respond to text message sent to his phone.

The Chief Press Secretary to the Akwa Ibom State Governor, Mr. Ekerette Udo, who responded to the call, declined any comment on the issue.

But the state chairman of the Peoples Democratic Party, Mr. Paul Ekpo, who responded to the call from our correspondent, said he was unaware of such development and he didn’t know either Efanga or Immaculata.

Reacting, the Rivers State Commissioner for Information and Communications, Dr. Austin Tam-George, told SUNDAY PUNCH that the investigation or arrest of Gesila Khan had nothing to do with Governor Nyesom Wike, the Rivers State Government or the state Peoples Democratic Party.

Tam-George explained that security agencies, including the EFCC, appeared to be conducting politically-targeted arrests since the beginning of the current political dispensation.

“We believe there is now a universal consensus that the security agencies, including the EFCC, appear to be conducting politically-targeted arrests since the beginning of this political dispensation.

“Mrs. Khan has particularly been viciously castigated by the All Progressives Congress for her steadfastness and incorruptible stance during the general election in Rivers State in April 2015.

“The fact that the governorship election she supervised in Rivers was ultimately validated by the Supreme Court speaks of her integrity. The world will watch closely to see if Mrs. Khan is being persecuted for her lofty principles and belief in popular democracy in Nigeria.”

The Chief Press Secretary to the Delta State Governor, Charles Aniagwu, while responding, said the government agencies should do their work diligently.

“Let the INEC (and EFCC) find out where the person got the money from. We cannot begin to talk about what we do not know anything about. I do not know about the person. We are not involved. The person accused of having N100m in his or her account should be able to explain the source of the money. We do not need to bribe people to get votes. We do not buy a crowd. We have the crowd behind us already. It is those who do not have the crowd behind them that can buy people with money. We do not buy people with money. We do not engage in bribery and corruption. The governor is a grass roots person,” Aniagwu said.

However, the Ijaw Youth Council. Worldwide has demanded the immediate release of the arrested officials, insisting that they are innocent.

Eric Omare, the group’s spokesman, said in a statement that Khan, who is also an Ijaw, was a victim of witch-hunt.

He said. “Mrs. Khan, had gone to the office of the EFCC to honour an invitation and having met with the EFCC team, they demanded for a first class traditional ruler or holder of the national honour of Commander of the Niger (CON) to stand surety to bail her. However, when the surety was made available on Thursday, the 14th of April, 2016, the EFCC at Port Harcourt claimed that they no longer knew her whereabouts.”

“This is an illegal conduct and flagrant abuse of power by the EFCC in the guise of fighting corruption. While all well-meaning Nigerians and organisations, including the IYC have over the years supported efforts at stamping out corruption from Nigeria, we insist that such a fight must be done within the ambit of the law.