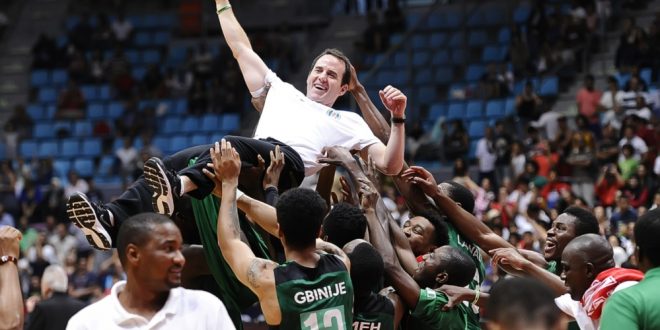 We Want To Make B’ball History In Rio – D’Tigers 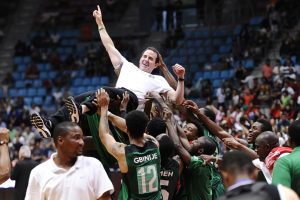 Coach of Nigeria’s men’s basketball team, William Voigt, has said his team’s target at the Rio 2016 Olympic Games is to make history as the first African country to make it to the knockout  stages of the event.

Voigt, who led the D’Tigers to their first African title in 2015, told FIBA.com that his players would be disappointed if the dream was not achieved.

The D’Tigers have been grouped with hosts Brazil, Argentina, Lithuania, Spain and a team that will qualify via one of the three Olympic Qualifying Tournaments. The American said, “We have very high aspirations as a team. If you are to ask any of our players going in to Tunisia, really our goal was to make history. We went there to win that tournament, that was our mindset. Even though it had never been done before, that’s how we looked at it. That’s our mindset going into the Olympics.

“We want to be the first team, in the African history, to get out of the group stages. That’s our focus. I know that our guys will be disappointed if we don’t achieve that.

“We are opening against Argentina, that’s where our mindset is right now. They are former champions. We can’t ignore that fact. This is a team that has won it all. They are going to be a formidable opponent. Obviously they have a lot of experience, they have been playing together for a long time and they had a lot of success. They present a number of different challenges.”

Voigt added,  “I don’t know if there is such a thing of an easy group in the Olympics.