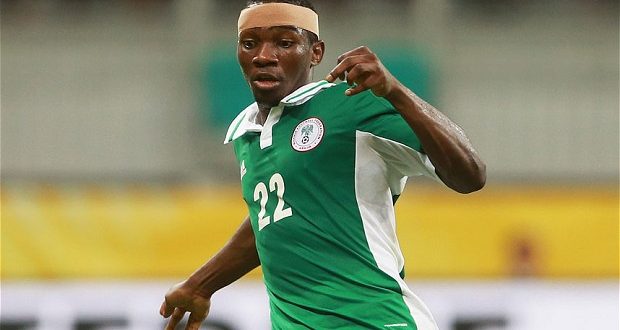 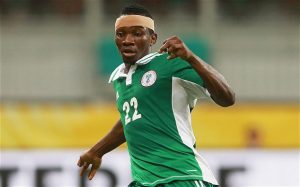 Turkey-based defender, Kenneth Omeruo, has said he will like to play  for Nigeria  at the Rio 2016 Olympic Games.

Nigeria are drawn in Group B along with Sweden, Japan and Colombia in the men’s football event at the Games.

The Kasimpasa player, 22,  told Chelsea’s website on Thursday that he had been  enjoying  life in Istanbul, adding that his  aim was  to help the club earn a European place at the end of the season.

“I just want to finish the season as well as possible and try and help Kasimpasa into a European spot,” he said.

“After that we will start thinking about next season. There is also the Olympics which I might be involved in. The season has been going really well. I am playing a lot of games. I have had a few injuries but nothing serious, just keeping me out for one or two weeks at a time. Generally I have been playing every game except when I have been injured or suspended.

“We have one of the best defensive records in the league at this moment so I can’t really ask for more than that. We are fifth right now and we are pushing to finish in a Europa League position which is fourth spot.”

He added, “It’s (Kasimpasa)  a club in the European side of Istanbul. It doesn’t have as many fans as the bigger Istanbul clubs but they are financially stable and they have amazing facilities as well.

“The atmosphere can be incredible especially when you are playing against the biggest clubs, teams like Fenerbahce, Besiktas and Galatasaray. It doesn’t matter if you are playing home or away, the stadium is sure to be full.

“The fans are very loyal. It doesn’t even matter which team you play for – as long as you are a footballer they are nice to you and that makes it easy.”

Share
Previous Ogoni Clean Up Delays: Fast Tracking The Death Sentence
Next No Will To Save Under Jonathan – Okonjo-Iweala