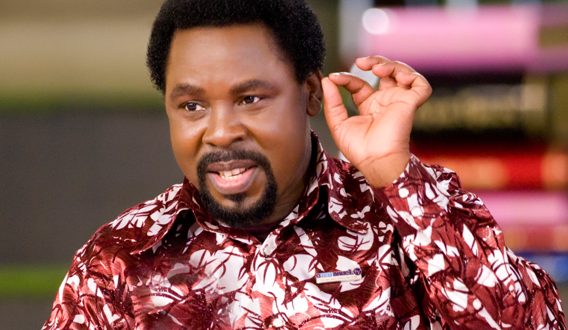 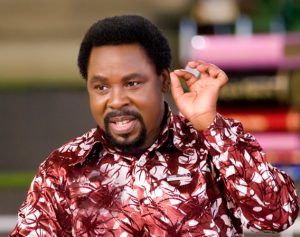 The General Overseer of The Synagogue Church of All Nations, Prophet Temitope Joshua, has denied reports linking him and his wife, Evelyn, to an offshore company, Chillon Consultancy Limited.

Nigerian online medium, Premium Times, claimed to have seen documents stating that Joshua and his wife own one ordinary share each in the offshore company.

However, Joshua said in a statement that the report was a cheap attempt to tarnish his image.

The statement read in part, “I was shocked to find a report written in Premium Times claiming that the PanamaPapers revealed a shell company called Chillon Consultancy Limited in the British Virgin Islands, allegedly owned by me.

“Whoever is involved in this malicious write-up and propaganda with an obvious intent to defame my person and the ministry, should remember what the Bible says in Luke 2:34 – ‘This child is destined to cause the falling and rising of many… and to be a sign that will be spoken against.’

“I am not a businessman and I have no business whatsoever. What God has given me is more than enough. I have nothing to do with the PanamaPapers. As for me and my family, we shall remain in the vineyard of God.”

The cleric urged the media to be fair in its reportage, adding that some journalists were using the PanamaPapers to blackmail prominent Nigerians.

Joshua said, “Do not use the PanamaPapers to attack those you have been looking for an opportunity to victimise. This is to show that not everybody alleged in the media to be involved in the PanamaPapers is truly involved.”