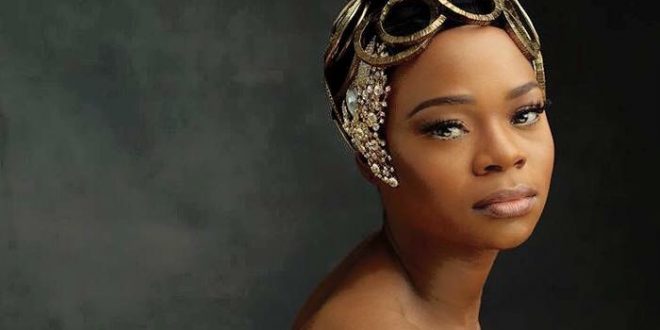 April 14, 2016 Comments Off on Bread Seller-Turned Model, Olajumoke Goes Back To School 55 Views 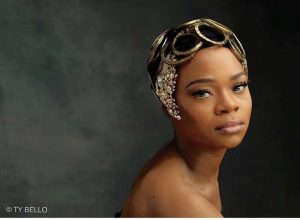 Bread seller-turned model, Olajumoke Orisaguna has headed back to the classroom.

The lovely mother of two whose picture went viral when she stumbled on TY Bello’s set in February this year has reportedly started a programme with Poise Nigeria, a Nigerian etiquette and finishing school run by Mavis Isibor. Olajumoke, bread-seller turned model Jumoke is said to be taking courses at the up-scale Lekki campus in English Grammar and Communication, and also in Total Personality Development.

In only a few months, she became a brand ambassador for Payporte, and scored modelling gigs with fashion brands like Salma Guzel. She has also been interviewed on CNN, and has become the most googled person in Nigeria.

Sequel to catching the eye of  the world, the budding model was advised to acquire some form of education to avoid being taken advantage of, and ensure that her career does not grind to an abrupt halt.

One concerned Nigerian undergraduate of the University of Lagos; Nneka Ibemesi put it, “Without an education, she will not go far, and as it is people are just telling her what to do. T

he day she demands for what she really wants, her career will end. “Since she started making headlines, many people had predicted that her stardom might be short-lived, as she does not have the proper training to sustain where she has been placed.”

Ibemesie stated her fear of the tendency of extortionists to use an ignorant Jumoke to further their own agenda, without necessarily having her interests at heart.

I guess people just want to use her illiteracy to make money and gain publicity.”

Share
Previous War Against Piracy: EU To Invest 20m Euros In Gulf Of Guinea
Next States Borrowed N13.1tn From Banks In 2015 – NBS