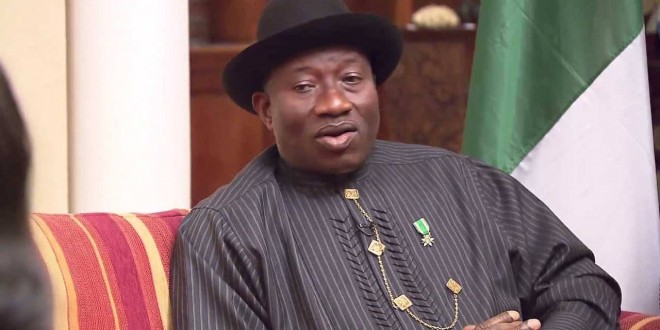 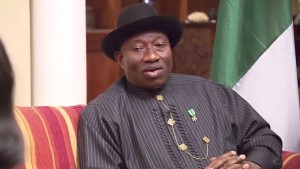 The National Publicity Secretary of the Peoples Democratic Party, Mr. Olisa Metuh, on Monday opened his defence before a Federal High Court in Abuja, where he is being prosecuted for money laundering and charges bordering on the N400m he received from the Office of the National Security Adviser.

Metuh’s first witness, Mr. Ike Abonyi, who described himself as a journalist and a public relations consultant, said in his testimony that the N400m was released to the PDP spokesperson by the ONSA in 2014 on the instruction of the then President, Dr. Goodluck Jonathan.

Abonyi said the then President informed Metuh of the money paid into his account by the NSA office for the purpose of executing the party’s Presidential media campaign ahead of the 2015 presidential election.

Part of the charges preferred against them also bordered on the N400m which the accused allegedly received fraudulently from the Office of the National Security Adviser in November 2014.

Already, the EFCC is prosecuting the then NSA, Col. Sambo Dasuki (retd.), on alleged diversion of funds of the NSA office into presidential campaign of the then ruling PDP and to other issues unrelated to the activities of the office.

Abonyi, who was led in evidence by Metuh’s lead counsel, Dr. Onyechi Ikpeazu (SAN), said he served in the team led by the PDP spokesperson which developed the media campaign strategies for the 2015 presidential election in which Jonathan was the party’s candidate.

The witness said Metuh’s team did a presentation to Jonathan in the Presidential Villa in either October or November 2014 and that after the presentation, the then President asked Metuh to submit to him a corporate account in which funds meant for the project could be disbursed.

Abonyi, who was led in evidence by Metuh’s lead counsel, Dr. Onyechi Ikpeazu (SAN), said, “After the presentation, the President asked for comment from those sitting with him and most of the speakers made positive remarks about what they saw in our presentation.

“The Office of the Media Adviser, (Dr. Reuben Abati), did the presentation; Dr. Doyin Okupe, Senior Special Adviser on Public Affairs, and some other professionals brought in by party and government officials also did presentation.

“Ultimately, given the comments of people that were sitting with the President, I recalled vividly the comments of a former governor of Anambra State, Peter Obi, who told the President that what the team presented should be put into action; they should be quickly mobilised because if nothing was done immediately before the President started the campaign, it would be difficult to win the election given the public perception of him and his government at that time.

“The President then said since it appeared to be the consensus of the people with him then that Metuh and his team did a better job, he would advise that all the others should collapse into Chief Metuh’s team, because he would want the consultant to provide the direction.

“At that point, the President told Chief Metuh that he had done a good job but that the real job was still out there to put all these into action and told him to bring a corporate account to him for immediate mobilisation and action.”

He added that Metuh was later informed by the then President that some funds had been paid into the account to enable him to start the work.

According to the witness, the presentation at the Presidential Villa was handled on behalf of Metuh’s team by Mr. Yomi Badejo-Okusanya, who is the Managing Director, CMC Connect.

Present at the presentation, according to the witness, included the then Vice-President, Namadi Sambo; the Senate President, Mr. David Mark, media aides to the President – Abati and Okupe.

The witness said the then National Chairman of the PDP, Alhaji Adamu Mu’azu, a former governor of Anambra State, Mr. Peter Obi, and his Cross River State counterpart, Liyel Imoke, were also present during the presentation.

The witness said, “After our presentation, we continued our work. The MD of CMC Connect returned to Lagos. We were waiting to hear from Chief Metuh.

“One afternoon, he Metuh told us that the President (Jonathan) called him and said he should check his bank that some money had been disbursed to him for his job.”

He said during the presentation to Jonathan, the then President was made to realise that his image was in a bad shape and that something drastic needed to be done.

He added that Abati raised objection to his team’s assessment of Jonathan’s image during the presentation but the objection was overruled by Jonathan.

He said the PDP was being funded by members of the party, its officials and the leader of the party, who was then President Jonathan.

During cross-examination by the lead prosecuting counsel, Mr. Sylvanus Tahir, the witness said the ONSA was not part of the organogram of the PDP.

After the witness was cross-examined by the prosecuting counsel, Justice Abang adjourned till April 20, to enable the counsel for Metuh’s firm, Tochukwu Onwugbufor (SAN) to cross-examine him (the witness).