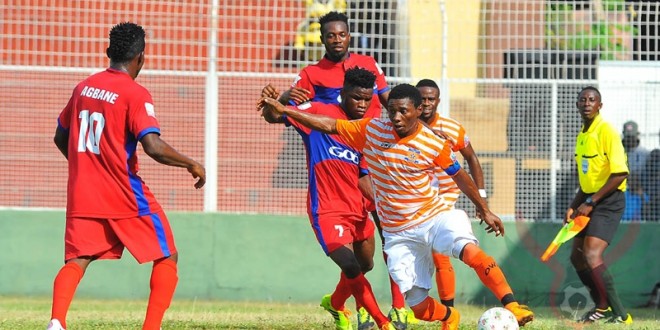 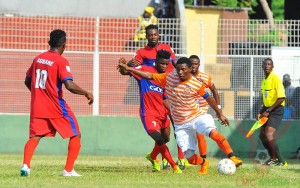 Kano Pillars return to winning ways in the Nigeria Professional Football League, edging out Nasarawa United 2-1 in a match day 11 fixture on Sunday,
Esosa Igbinoba puts the visitors ahead on 15 minutes, while Adamu Mohammed equalised for Pillars in the 38th minute.Skipper Gambo Mohammed scored the winner for the home side on the stroke of half time.

Heartland beat Rivers United 2-1 at the Dan Anyiam Stadium, Owerri. Anthony Oussou scored the opener for Heartland, with Nonso Okonkwo getting the equaliser for Rivers United.

The hosts got the winning goal through substitute Aruna in the 78th minute.
El-Kanemi Warriors beat Shooting Stars 2-0 in their first match on home soil in Maiduguri this season, while Akwa United also defeated Niger Tornadoes with the same scoreline.

Warri Wolves beat MFM FC 1-0 with Oghenewo Uzezi scoring the winner in the 71st minute. In Jos, Plateau United beat Giwa FC 2-0 in the local derby. Benjamin Turba and Sunday Ingbede got the goals. Ikorodu United and Sunshine Stars ended their game in a goalless draw at the Onikan Stadium.

The game between Abia Warriors and Lobi Stars was called off due to heavy downpour at the Umuahia Township Stadium with the hosts leading 1-0.
The game will continue at 10 am on Monday.