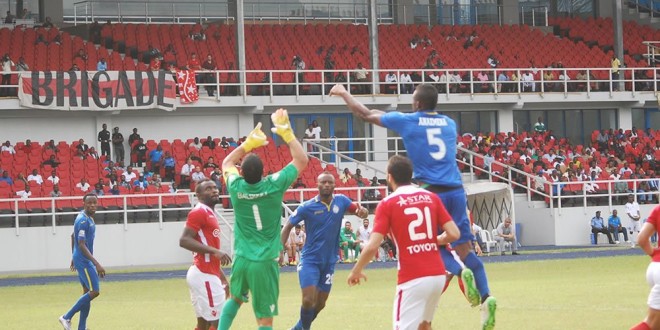 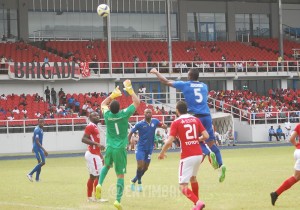 Enyimba International of Aba  took a big step towards the CAF Champions League group phase when they defeated Etoile du Sahel 3-0 in the first leg of their second round tie in Port Harcourt on Sunday.

Mfon Udoh scored all three goals to take his tally in the competition to seven goals, more than any other player.

Udoh struck first for the Nigerian champions in the ninth minute as they went into the break 1-0 up.

The former Akwa United star then made it 2-0 for Enyimba in the 56th minute.

Etoile’s task became harder in the 71st minute as they were reduced to ten men after Ghazi Abderazek earned a second yellow card for dissent and was sent off.

Udoh completed his hat-trick in the 80th minute to give Enyimba a healthy advantage ahead of the return leg in Sousse, Tunisia.