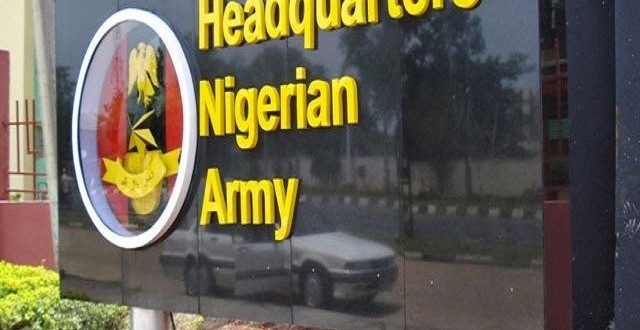 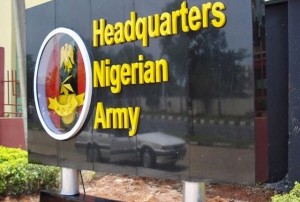 What could have been a black Friday was yesterday averted in Maiduguri as five female suicide bombers were intercepted by members of the youth vigilante group, popularly called Civilian JTF in Borno State.

However, a similar statement from the military claimed soldiers were the ones that intercepted the suicide bombers and neutralised them with injuries to three of their men while unexploded improvised Explosive Devices were safely detonated.

In a related development, the Chief of Air Staff (CAS), Air Marshal Sadique Abubakar yesterday expressed joy with the progress made in the war against Boko Haram and added that the Military was at tail end of the anti-terrorism operation in North-east.

Speaking to newsmen on the averted attack in Maiduguri, the spokesman of the youth vigilante group, Barrister Jubrin Gunda said the five suicide bombers were intercepted at about 5:20 am trying to gain entry into the town.

He said members of youth vigilante group had prior intelligence that there would be suicide bomb attacks in Maiduguri and as such, beefed up security around the troubled town.

He said the suicide bombers were sighted at the outskirts of the town around Polo and Giwa Barrack areas and were shot dead by the youth vigilantes.

Gunda also revealed that they did not come in at once but at different times and since they did not stop to be searched by the vigilante, they had to be shot.

He lamented that three of the vigilantes suffered serious injuries during the attack and had to be taken to the hospital.

“Three of our boys had injuries from the attacks and are presently on admission at the hospital. We were happy that the five female suicide bombers that wanted to sneak into the town to cause havoc were killed.

He added that: “We were lucky to have received prior information of the intending attacks and we were watchful throughout night and day at all points of entry into the town.”

Some of the residents who spoke to our correspondents said they heard heavy blasts in the early hour of Friday and thought it was the military that was test running their ammunition.

Gunda however said the heavy sound was the result of the blast that greeted the shooting of the suicide bombers.

He noted that when the suicide bombers were shot, the bombs on the females detonated and that was what resulted in the injuries of the three youth vigilantes.

The Director of Army Public Relations (DAPR), Col. Sani Usman, had in a statement yesterday,  said: “At about 4.00am, troops of 101 Battalion of 7 Division received a tip off about impending attack in Maiduguri city by 4 suspected Boko Haram terrorists suicide bombers from Sambisa forest through Cashew Plantation.

“The troops responded decisively by intercepting and neutralising the suspected terrorists at Madiyari village. The third suicide bomber was intercepted and neutralised at Jimini-Bolori village”.

Unfortunately, he said, three soldiers sustained injuries in the process and had been evacuated to the unit’s Regimental Aid Post (RAP), for treatment.

According to him, the two unexploded Improvised Explosive Devices (IEDs) on the suicide bombers were safely detonated by a combined team of Nigeria Police and our Explosive Ordinance Device (EOD) experts.

The Chief of Air Staff (CAS), Air Marshal Sadique Abubakar is happy with the progress made in the war against Boko Haram and added that the Military was at tail end of the anti-terrorism operation in North-east.

The Air Force Chief stated this yesterday at a press conference in Abuja, where he briefed journalists on the activities for the 52nd anniversary ceremony of the NAF, which also coincides with the 2016 re-union of the Service.

He said, “even though, the military was not in any way surprised that a large number of terrorists are surrendering, considering the level of attacks that had been unleashed on them both on air and on the ground by the troops in the ongoing counter insurgency in the North-east”.

Abubakar stressed that lesson drawn from the reunion coming up in Bauchi state is desired to form the basis of the review of NAF tactics, techniques and procedures in the way its confronts prevailing and emerging security challenges in the country.

The CAS explained that though the military was not able to meet up with the Presidential directive handed down in December 2015, and coupled with some  pockets of attacks which are still being witnessed.,  but stressed that a lot had been achieved between 2014 and now.

“I think looking at where we are coming from. I think we have done substantially well with the support of the federal government and the Nigerian people. In those days in 2014, we have convoys of hilux vehicles moving from one village to the other, killing innocent Nigerians and that is not happening today.

“Yes, we are having isolated cases of suicide bombings. Suicide bombing is an issue that you and every Nigerian have a role to play in giving us intelligence, a fighter air craft cannot spot a thirteen year old girl carrying explosive. It is impossible.  It is an issue that has to do with intelligence. Where are these girls mobilised from? How did they get recruited? These are issues people around the communities there should be able to assist the military and other security agencies with intelligence.”

The Air chief said despite the challenges, the military was at the tail end of the operation in the North-east, and that the war against the insurgents would soon come to an end.

Share
Previous Tribute To Alamieyeseigha: Nigeria’ll Never Be The Same For Me Without You- James Ibori
Next Asa Announces First Ever Live Concert In Nigeria